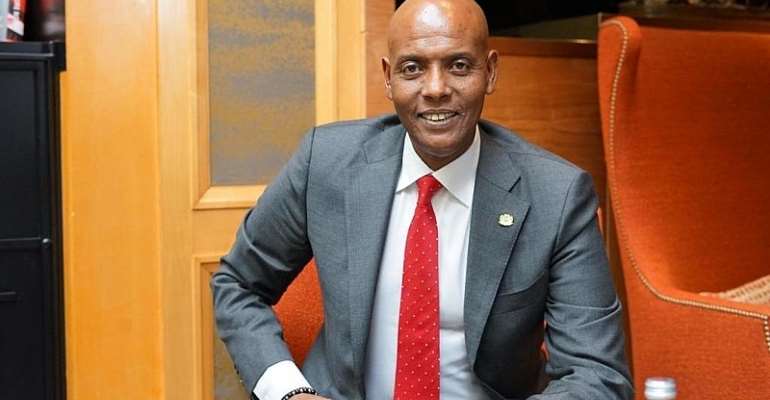 Franco-Somalian business leader Abshir Aden Ferro has urged Somalia to put off parliamentary elections for at least four years, warning that holding polls in December could drive the country into the hands of the al-Shabaab terror group.

Ferro, a candidate in Somalia's February 2021 presidential election, sounded the alarm on Monday even as parliament endorsed a new delegate voting system paving the way for an indirect election.

"This system is a threat for security. Electing the parliament now will see a full house of al-Shabaab," he told RFI.

Parliamentary polls are due to take place on 27 December and would see voters choose between 27,775 delegates picked from across five federal states.

"His mandate was to get one man, one vote, he had four years and he failed," Ferro tells RFI.

But the real problem lies elsewhere.
"The way the system works in Somalia is that the deputy or MP has to buy his vote from the chief tribal leader, it's not for free. (...) We've even heard about a seat being bought for as much as $1 million. So that is corruption," he said.

Tribalism fuelling corruption
Experts have long denounced the east African nation's fraudulent and fractious electoral process, which Ferro alleges binds not only MPs but the president himself.

"The deputy when he buys his vote then has to collect the money back somehow. He votes for the president who then has to pay the deputies. Now the question is: where does he get his money?"

The 52-year-old, who has long fought against corruption, advocating notably for a better distribution of international funding towards ordinary Somalians, has urged that parliament remain in its current form for at least four years to prevent tribalism from fuelling graft.

"That way by the next parliamentary election, it will be people who vote instead of tribal leaders," he insists.

Ferro's manifesto dubbed 'Somalia back for 1460 days' also promises to tackle the threat posed by al-Shabaab, whom the Franco-Somalian national claims has infiltrated the political apparatus.

"Last year, al-Shabaab released a press release saying they had summoned the tribal leaders, giving them strict instructions about which deputy they should choose.

That means the deputy will be someone chosen by al-Shabaab, who will run parliament and elect the next future president. This will be a catastrophe and a threat not only for Somalia but the whole international community," he warned.

Wanting to be leader
The islamist militants were driven out of the capital Mogadishu in 2011 but remain resilient and continue to launch strikes against civilian and military targets across Somalia.

On 7 September, at least three Somali special forces soldiers were killed and an American officer was wounded in a car bombing and mortar attack claimed by the al-Qaeda-linked armed group.

The country has faced near-continuous conflict for almost 30 years despite foreign intervention and is often considered a fragile state.

This hasn't put Ferro off from wanting to become Somalia's next leader in February 2021.

"For decades, I have seen my people suffering. I''ve just lost a cousin last week, who was killed in Mogadishu. Death is always in front of our doorstep. Finally, I decided to stand up for the voiceless."

This month, he released his first book My Life For Somalia detailing his vision for a better country. One for which he is prepared to die for.

The target of several assassination attempts, Ferro admits running for president was not an easy choice to make.

"I have all my comfort and very successful businesses," says the founder of Fort Roche Group, a security firm in London where he lives with his French wife.

Sky's the limit
The "anger and frustration" of losing loved ones made him decide that "enough is enough".

The wealthy businessman-turned-politician founded his Future Alliance party on 1 July 2020 and already claims to have over 15,000 members.

Does he think he can win?
"I believe the nation is calling me," he says pointing to the stars.

"When I received my certification for my party, it was on the first of July. The first of July marks 60 years of our independence. So in other words, it's a good sign from the skies."

Covid-19: Hassan Ayariga under life support after ridiculing...
9 minutes ago

What evil men mean for wickedness God turns it around for go...
24 minutes ago