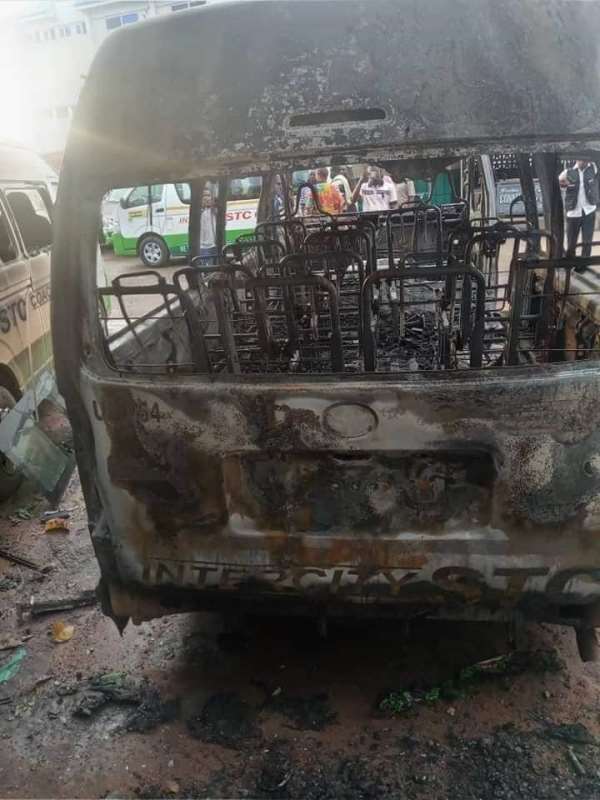 Persons believed to be members of the Volta secessionist group, Homeland Study Group Foundation, have reportedly beat up drivers and burned a bus belonging to State Transport Corporation (STC).

They allegedly carried out the attacks in Ho, the Volta Regional Capital.

It would be recalled that on Friday, September 25, the group blocked roads linking the Volta Region to the Eastern and Greater Accra Regions as it stepped up its efforts for the secession of the Volta Region to form a country it calls Western Togoland.

About 35 members of the group have been arrested, with one dead and others injured from Friday's violent attacks.

The bus attack is believed to have happened midnight on Monday, September 28, 2020.