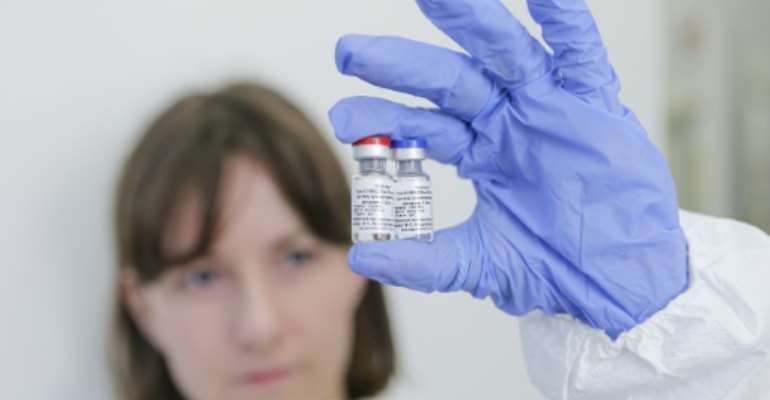 Coronavirus tests that deliver results in 15-30 minutes are to be rolled out across the United States and in scores of poorer countries, as health authorities worldwide try to get a handle on a disease that has now killed more than a million people.

US President Donald Trump announced 150 million tests would be distributed in America, while the World Health Organization said 120 million more would be available for the developing world at $5 each as long as funding was secured.

The testing push comes as the virus shows no sign of receding, with infection numbers climbing rapidly in Europe again and governments there clamping down on movement in an attempt to curb the surge.

As the restrictions tighten, protests have erupted as businesses worry about their survival and individuals grow frustrated about their jobs. By JUSTIN TALLIS (AFP)

Paris, London and Madrid have all been forced to introduce controls to slow infections, and on Monday Dutch authorities became the latest to tighten curbs, while the Czech Republic and Slovakia said they were preparing to declare a state of emergency.

The WHO said its $600 million scheme to roll out the quick diagnosis kits across 133 countries in the next six months would enable low- and middle-income nations to close the gap in testing with the rich world.

The kits are far faster, cheaper and easier to administer than regular standard polymerase chain reaction (PCR) swab tests but are less sensitive and more likely to return false negatives.

"This will enable the expansion of testing, particularly in hard-to-reach areas that do not have lab facilities or enough trained health workers to carry out PCR tests," WHO director-general Tedros Adhanom Ghebreyesus told a virtual press conference.

Experts have for months been calling for widespread adoption of this low-cost technology so that people can test themselves several times a week.

Harvard epidemiologist Michael Mina said the testing drive "is terrific and is a great start".

But the amount being distributed by the US government was "simply not sufficient" and production should be multiplied ten- or twentyfold, he added.

The tests are part of a limited toolkit available to governments as they seek ways to get the wheels turning on economies that have been crippled in recent months by lockdowns and other restrictions on people's lives.

A million Madrid residents are under partial lockdown, with the city and the surrounding region at the centre of Spain's second wave.

Infections in India have surged past six million. By SAJJAD HUSSAIN (AFP/File)

The national government on Monday warned the local authorities of drastic measures if the region failed to move decisively to slow the uncontrolled spread.

"There is no doubt that (the central government) is prepared to do whatever is necessary," Justice Minister Juan Carlos Campo told Spain's RNE public radio.

'Made peace with it'

Worldwide the virus has now infected more than 33 million people and killed over a million, according to an AFP tally compiled from official sources.

Mid-September saw a record rise in cases in most regions and the World Health Organization has warned that virus deaths could even double to two million without more global collective action.

On Monday the number of cases in India surpassed six million, with the country on course to overtake the United States in the coming weeks as the nation with the most infections.

Locals in Delhi said while they remained cautious, their fears had lessened since the pandemic began earlier this year.

Himanshu Kainthola, 61, who recovered from the virus last month, said his family's worries had "reduced substantially".

"We take the necessary precautions and invest in increasing our immunity rather than being anxious or scared of it," he said. "We have made peace with it."

Akufo-Addo will have no choice than to assent to Anti-LGBTQ ...
28 minutes ago