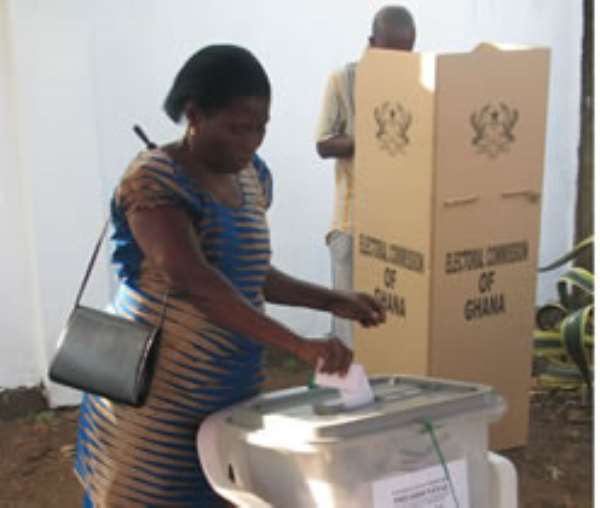 It is an indisputable fact that we choose to partake in the adult universal suffrage in an expectation that our lives would be transformed positively by the government of the day.

In theory, therefore, it is extremely important to vote according to the prevailing socio-economic standards of living, but not through the whims and caprices of some selfish and unprincipled politicians, whose only preoccupation is to manipulate unsuspecting voters to achieve their parochial interests.

Some of us, as a matter of principle, are of the firm conviction that the unbridled devoted attachment is not the way forward, but electorates should rather look beyond the narrow political lines and assess the bigger picture.

That is by thinking about the way we can develop exponentially; which political party can take us forward as a nation. And more so the right political party that would not embezzle our resources anyhow.

That being said, it is somewhat spurious for the sceptics to argue that all politicians are the same when in power and therefore do not see the need to change from one to another.

To be quite honest, the sceptics feeling of indignation with the current political dynamics is something shared by many Ghanaian electorates.

In fact, the critic's disposition is specious, because politicians have different levels of temperament, competence, experience, knowledge, skills and abilities, so they are never the same, so to speak.

Indeed, there is enough evidence to counter the sceptics somewhat impetuous argument that politicians are the same when in power.

Take, for example, President Kufuor, who helped to move Ghana from the Highly Indebted Poor Country (HIPC) status to a Lower Middle Income status when he took over from former President Rawlings in 2001 cannot be seen as a laid-back leader.

For if nothing at all, Dr Nkrumah was an unwearied industrialist who built hundreds of factories and only for President Rawlings to off load all to his cronies through his somewhat infelicitous Economic Recovery and Divestiture Implementation Programmes.

In the same vein, it would be boundlessly unconscionable to put President Kufuor and President Mahama on the same pedestal in terms of the implementation of social interventions.

Likewise, it will be extremely unfair to put Akufo-Addo and Mahama on the same pedestal. This is because the former has introduced important policies and programmes in less than four years in power, while the later failed to introduce a single social intervention in eight years.

In addition, under Akufo-Addo’s presidency, Ghana’s economic growth moved from a disappointing 3.4% under former President Mahama to around 8% before the pernicious coronavirus.

My dearest reader, would you be sincere enough and name just a single social intervention that has been implemented by President Mahama and his NDC administration who claim to be social democrats?

There is no denying or ignoring the fact that the erstwhile NDC government wilfully cancelled/collapsed the Nurse’s Allowance, the Teacher’s Allowance, SADA, GYEEDA, NHIS, the Maternal Care, the School Feeding programme, the Mass Transport System, amongst others.

So, it is not entirely correct for anyone to assume that all politicians are the same, once they are in their comfort zones, and therefore it is an exercise in futility to go out there and vote.

The fact of the matter is that if you refused to go out there and vote massively for a positive change, someone else will elect ‘a semicircle’ of corrupt and incompetent representatives who will only continue to sink the nation deeper and deeper into the mire.

In ending, Ghanaians should not make the catastrophic mistake by putting all politicians in one basket and rejecting a charismatic leader who can put forward expedient policies such as one district one factory, one village one dam, one constituency one million dollars, Free SHS amongst others.