National House of Chiefs to meet over Manhyia misgivings 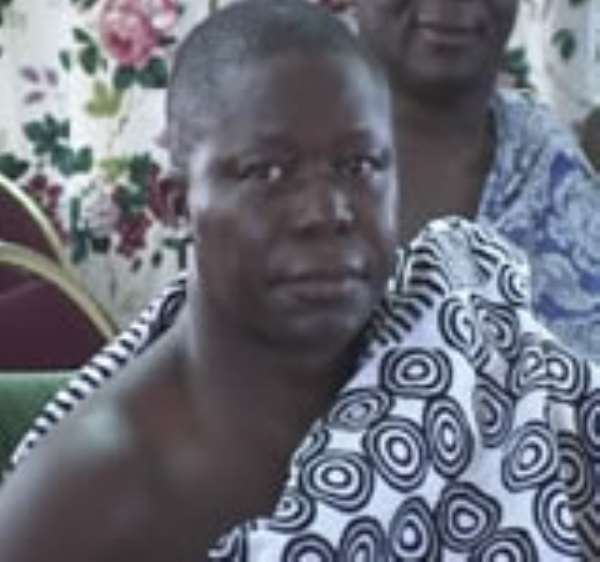 The President of the National House of Chiefs has condemned what he describes as a deliberate attempt by the media to taint the image of the chieftaincy institution.

In an interview with JOY NEWS, Odeneho Gyapong Ababio supported the stance of chiefs at Manhyia who claim that the media has willfully maligned the Ashanti kingdom by linking the Manhyia Palace to the recent cocaine scandals investigated by the Justice Georgina Wood Committee.

He told Joy News that the House will meet over the issue and thereafter make its official position known by next week.

The chiefs at a news conference on Wednesday warned that media owners and publishers or authors of comments that seek to impute criminal linkages between the Manhyia palace or Otumfuo Osei Tutu II, and the missing cocaine scandal would have a case to answer.

However a number of senior journalists and social commentators interjected the chiefs' notice to leave the Otumfuo and Manhyia alone.

While some dismissed the notice as uncalled for and unnecessary, others said it is timely if the sanctity of the chieftaincy institution is not to be maligned unduly.

In the words of one, the kingdom should rather be bothered by people who would look on unconcerned for the king to don his rich regalia when there are gaping holes in them. It is those who would point the faults out rather who show more concern about his wellbeing.

Their argument was however countered by their opponents who say comments on the issue have been full of vile language and insinuations that tend more to incriminate and malign the Asantehene rather than protect him or the kingdom.

Reacting to the comments, Baffour Osei Hyeaman Brantuo VI, Otumfuo's Manwerehene and spokesperson of the chiefs who held the press conference said all that they are asking for is that the King and his kingdom be left alone.

He pointed out that if the Committee had found any evidence incriminating Manhyia and Otumfuo, it would have invited the Asantehene to its sittings. This assertion is supported by the President of the National House of Chiefs as well as the Interior Minister, Albert Kan Dapaah, at whose instance the Wood Committee was set up.

The Georgina Wood Committee was set up on July 4, 2006 to determine the facts leading to the suspected loss of narcotic drugs brought into the country by MV Benjamin, a vessel that docked at the Tema Harbour, and an alleged 200,000 dollars bribe paid to some Senior Police Officers by a 23-year-old woman, Ms Grace Asibi, girlfriend of Venezuelan drug baron, Vasquez Gerrado Duarte David, now at large.

The Committee could not trace the whereabouts of the missing 77 parcels of cocaine and submitted its report to the government on Friday September 22, with recommendations for the prosecution of some suspects.