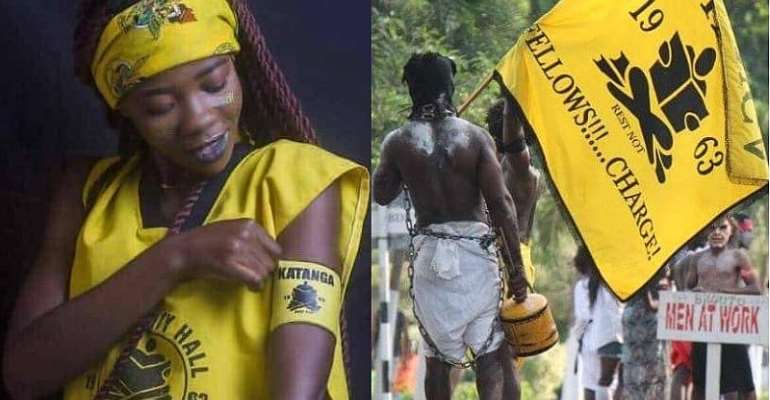 The Vice-Chancellor for the Kwame Nkrumah University of Science and Technology (KNUST), Prof. Mrs Rita Akosua Dickson has assured former residents of the University Hall, popularly known as “Katanga hall”, who are pushing for the reversal of that student’s residential facility to an all-male accommodation to remain calm as the university is putting in place measures to address the issue.

She has said that, one of the key pillars of her administration in the next four years is what she calls “alumni-targeted projects”; the first of such projects would be the development of a “very well situated land” near the Katanga Hall, which would be called the “Katanga Hostel”.

Prof. Dickson made the announcement to a group of former and new residents of the Katanga Hall, popularly known as “Katangees”, who had accompanied her to the Grace Baptist Church yesterday for her thanksgiving service upon assuming office in August this year.

She challenged the students to continue to be proud of their university and protect its image at all times.

Chairman of the Katanga Alumni Association in the Ashanti Region, Nana Kwadwo Adjei who spoke in an interview with Angel News monitored by MyNewsGh.com welcomed the announcement by the VC and said they would collaborate to see that it comes to fruition.