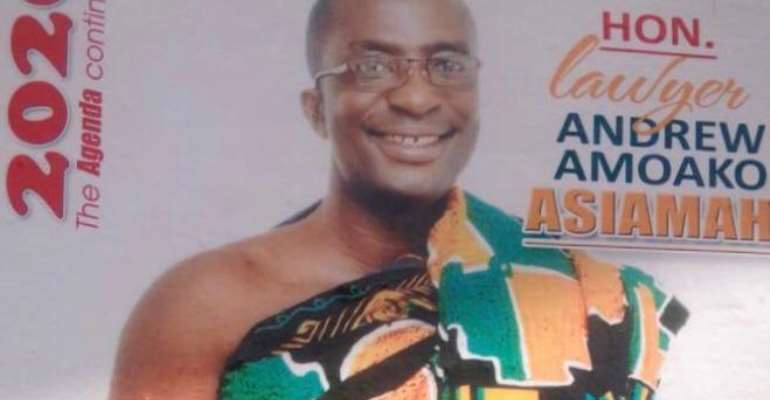 The Parliamentary Candidate for the New Patriotic Party (NPP) in the Fomena Constituency in the Ashanti region, Philip Ofori Asante has called out the incumbent Member of Parliament (MP), Hon Andrew Amoako Asiamah who has chosen to go Independent in the upcoming elections for scheming against the very fraternity that made him who he is today.

Speaking in an exclusive interview with Kumasi-based Angel FM monitored by MyNewsGh.com , Mr Ofori Asante who would be the fourth in succession to the Fomena seat since 2008 should he win the upcoming election said the incumbent who has refrained from the governing party is doing so to bite the very hands that fed him.

He said he wishes the incumbent well if he is bent on going Independent but he would also welcome him back to the NPP should he rescind his decision of running independent.

He rebuked Hon. Amoako Asiamah for taking political matters personal and crying over the roof top, when he is practically been fed with the same dose of pill which he served the former MP, Hon. Atta Boafo who had only served one and half years through his first term by defeating him at the 2014 primaries.

He however expressed optimism that the NPP would retain the Fomena seat even in the face of an opposition from within and garner not less than 90% of the votes for the party’s flag bearer, Nana Addo-Dankwa Akufo Addo.