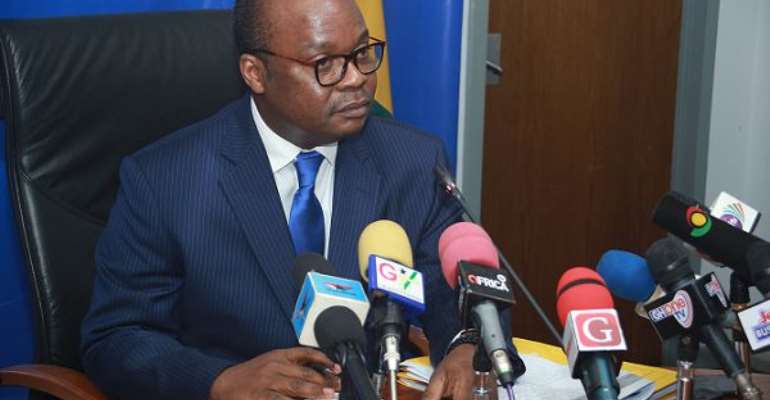 Governor of the Bank of Ghana Dr Ernest Addison has told journalists that the Vice Air Marshal is supporting the central bank to use helicopters to transport cash to banks around the country.

He explained that this follows the recent attacks by criminals on bullion vans in the country.

Answering a question regarding the measures that the central bank has put in place to deal with the recent attacks on bullion vans, while speaking at the Monetary Policy Committee press conference in Accra on Monday September 28, Dr Addison said the BoG has taken note of the attacks and steps have accordingly been taken to deal with the menace.

There was recent a recent attack on a bullion van in Kumasi in the Ashanti Region.

Dr Addison said: “This is about the third or so occasion that we have had that type of incidence. All of them are using these Nissan pickup trucks that have been converted into bullion vans .

“It is a matter that the Bank of Ghana has taken seriously. I think last week, Securities met with the banks to decide on the way forward.

“We have quite a good fleet of bullion vans and are asking them to see how we collaborate with the banks so that we will have a more secure way of transporting money around the country.

“I have also met with the Air Vice Marshall and he has offered to assist the bank with lifting of currency around the country using some of the aircraft that they have. So there is a lot of work being done to improve carrying currencies around the country.”

Dr Addison also announced that the Monetary Policy Committee has maintained the policy rate at 14.5 per cent.

He said after the 96th MPC meeting on Monday, September 28. Dr Addison added that it is estimated that growth in 2020 will be between 2 and 25 per cent.

“Consumers’ confidence is bouncing strongly, Consumers seem to be responding to be the gradual lifting of restrictions.”

He further stated that about 95 business surveyed are showing strong optimism in spite of the ravages of the coronavirus.