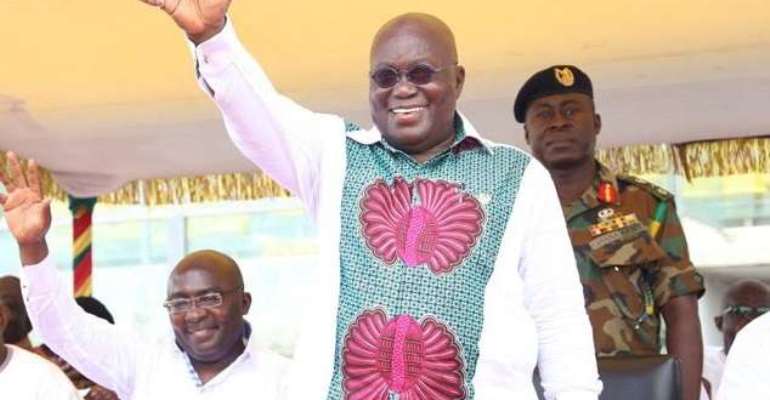 President Akufo-Addo has said the Ashanti Region has been a huge beneficiary of the works of his government.

The President spoke when he paid a courtesy call on Asantehene Otumfuo Osei Tutu II at the Manhyia Palace in Kumasi.

The President said he has delivered his 2016 campaign promise to develop the Ashanti Region and urged the people of the region to give him an additional four years to accomplish more if they appreciate the good works of his government.

The President further disclosed that the region has so far benefitted from 1,824 projects under his administration with 774 currently completed.

He said: “In the three-and-a-half years of the Akufo-Addo government, we have initiated 1,824 projects in the Ashanti Region. We have been able to complete 774 while 1,050 are ongoing”.

The President also said there are 604 projects in education, 92 in health, and 151 in the roads sector while 606 are ongoing in the water and sanitation sectors.

President Akufo-Addo noted that the evidence of his works are dotted across the region.

“Wherever you go in the region, you’ll find out my handiworks are there. Akufo-Addo came to contribute to the development of the Ashanti Region and Ghana, he didn’t come to deceive anyone. Even after that, we aren’t done.”

President Akufo-Addo further noted that his government has resolved to construct 111 district hospitals under the Agenda 111.

Fifteen out of the 111 district hospitals will be constructed in the Ashanti Region with Asokore Mampong, Akrofrom, Bosome Freho, Adanse Asokwa as some of the districts which will benefit from the health posts.

President Akufo-Addo also revealed that he will cut sod in November 2020 for works to begin on the Boankra Inland Portland located in the region.

He added that the project, estimated to cost USD 330 million, has been awarded as a concession to a Korean company.

For his part, Asantehene Otumfuo Osei Tutu II urged President Akufo-Addo to clearly explain to Ghanaians the development projects he is undertaking.

According to the Asante monarch, this will educate Ghanaians on the good works being carried out by his government.

The Asantehene said even though chiefs do not partake in partisan politics, they vote, therefore, added that they are wise and will vote according to the good works they see.