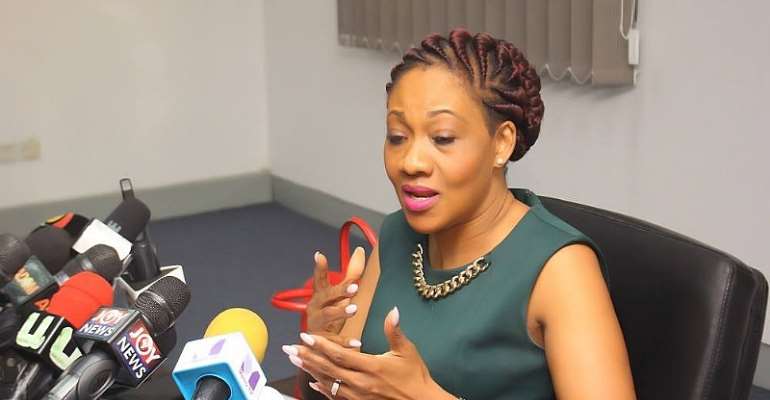 The majority of the names missing from the provisional voter register have been found and restored except for a little more than 7,000, Chairperson of the Electoral Commission, Mrs Jean Mensa has revealed.

She told journalists at a press briefing on Monday, 28 September 2020 that in the famous case of Ashaiman, where some 7,000 names were also alleged to have been deliberately deleted from the register, all those names have been found on the electronic register with the exception of 165 persons.

She explained that even though the registration process was technology-driven, there was still some appreciable human involvement, thus, the resulting errors.

“No registration process is foolproof”, she told the journalists. As such, some errors were unearthed during the exhibition process. We, however, worked during the entire process to resolve the majority of the issues on the provisional voter register. To date, the total number of people reflected on the provisional register, stands at 17,700,726 persons. This is an increase of some 44,420”, she said.

“I must emphasise that the deficit constitutes 0.0004 per cent of the total provision voter register”, Mrs Mensa said, but pointed out: “That is not to say that we are not committed to reducing the deficit to the barest minimum”.

“We will not relent but continue to ensure that everyone who registered is counted as part of the register”, she promised, adding: “As a Commission, we will spare no effort in ensuring that every vote counts”.

Explaining how the errors occurred, she said: “The registration of voters is done using the biometric registration devices at the polling centres. Thereafter, the data is transmitted to the data centre where it undergoes the process of deduplication by the automatic biometric identification system.

“In other words, the data is exported for safe storage and further analysis. The provisional register is then produced. In some instances, however, in the process of exportation of the data from the USB sticks to the central register, we experienced some faulty transmissions and this led to the shortfall of data in some of the areas.

“It is important to highlight that although the registration process is IT-driven, there is still a significant amount of human involvement that could result in errors in every step of the way of the registration to the exhibition”, she noted.

She continued, “In short, due to unintentional human and administrative errors, the process of the exportation of data from the BVD kits to the USB sticks, and then to the central database, in some instances, had some faults and this led to some shortfalls in a number of areas.

“In a nutshell, our technology performed optimally as expected, however, in some areas, the human elements fell short, leading to some gaps in the data that they experienced during the exhibition exercise.”

Jean Mensah added, “I’m happy to note, however, that through a process termed end-of-life, the Commission has transferred the majority of the data that is on each of the biometric kits that they used during the registration on flash drives.

“In summary, we have successfully retrieved and continue to retrieve valid applicants, who were missing from the register. We have updated our electronic register with the missing data.

“An example is the case of Ashaiman in the Greater Accra Region. The purported 7000-plus applicants, who were said to have been deliberately removed from the register, are on the electronic register.

“Indeed, in the case of Ashaiman, currently we have a deficit of 165 persons and we are expecting that these persons will come onto the register through the process of inclusion.

“So, I’ll like to inform the general public that the purported 7000 applicants, who were said to have been deliberately removed from the register, have been found with the exception of 165 persons. Indeed, this was the same situation for areas such as Klottey Korle, Lawra, Sawla-Tuna-Kalba, to name a few."