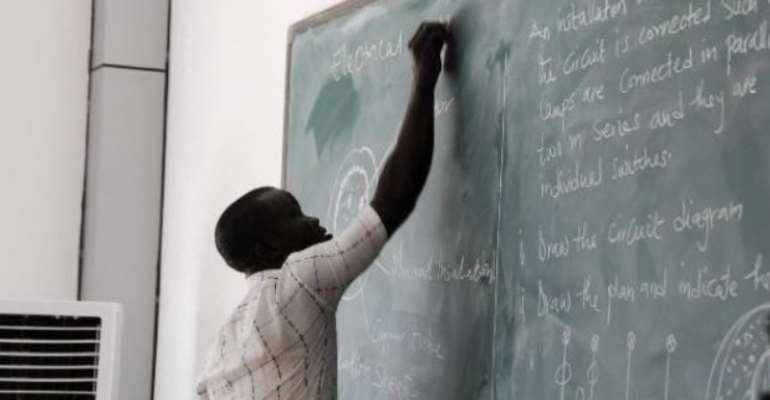 The Coalition of Aggrieved Teachers of Unpaid Legacy Arrears has questioned a decision by the Ghana Police Service to stop its members from a planned demonstration.

The group had planned to protest on Wednesday, September 30, over the government's failure to clear two years of salary and promotion arrears owed its members.

Speaking to Citi News, the President of the Coalition, Abdulai Muniru said though the group is unhappy, it will re-strategize to have its concerns conveyed to the government.

“We were very surprised and the members of the coalition were infuriated because of the denial. The fact is that if they can allow the Akyem people to hit the streets to protest the 'akyem sakawa' tag, it is unfair for them to deny us from embarking on a legitimate task. Now that the police are unwilling to grant us permission, we will need to re-strategize,” he said.

The Vice President, Dr. Mahamudu Bawumia, in July 2020, made a pronouncement to the effect that the New Patriotic Party (NPP) had cleared arrears owed the teachers from the John Mahama administration to date.

The Vice President, at the launch of the NPP manifesto, reiterated the same claim but it did not go down well with disgruntled teachers who have been demanding their unpaid arrears.

President of the Coalition, Abdulai Muniru dared the Vice President and the Ghana Education Service (GES) to prove beyond any reasonable doubt that the said monies have been duly paid.