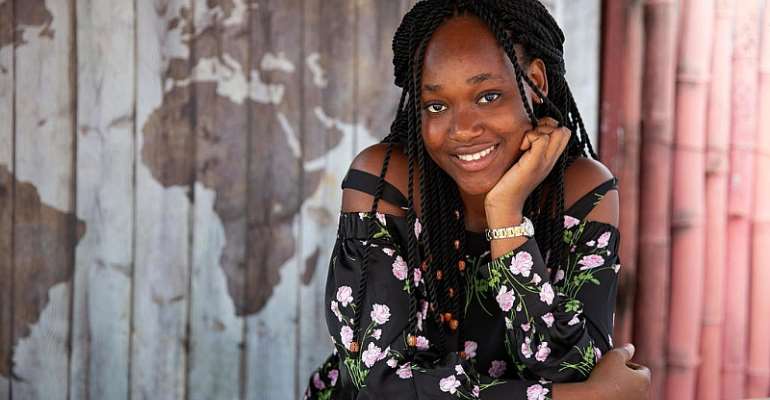 Charlette N'Guessan - the CEO of her own company, BACE group, based in Ghana - is the first ever woman to win the Africa Prize.

The 26-year-old N'Guessan and her “Pan African team” developed BACE API, a software that uses facial recognition and artificial intelligence to verify identities remotely and in real time.

The software has been developed specifically to identify Africans. Most of the existing facial recognition technology available struggle to recognise black faces. A United States government study revealed that the current systems misidentify black people at a rate of five to ten times higher than for white people.

While facial recognition software isn't new, BACE API specifically uses live images or short videos taken on phone cameras to detect whether the image is of a real person, or matches a photo of an existing image.

Users upload a picture of their ID (passport, driver's licence, national ID card) and submit it. They are then asked to take their picture with the camera of their cell phones or web cam of the computer in use. This, in order to match with the face on the document submitted.

Helping people with no ID

N'Guessan said that she developed BACE API to solve some of the challenges affecting African markets. According to the World Bank's Identification for Development (ID4D) program, more than 40 per cent of people without ID in the world live in Africa.

This lack of identity excludes this population from basic services such as access to financial services, voting rights, and education. With BACE, people will be able to apply for online services and get verified remotely in real-time at any time and from anywhere.

BACE API asks users to complete multiple video tests to ensure they are actually the human being who is interacting with their platform.

Businesses and organisations that provide financial, education, transport, security and various other services are struggling and spending a lot of money to tackle identity verification.

N'Guessan and her co-founders developed the software in 2018 after research they did during their studies revealed that Ghana's banks have a significant problem with identity fraud and cybercrime.

The research estimated that approximately 400 million dollars is spent annually by Ghanaian financial institutions to identify their customers.

The software can be integrated into existing apps and systems and does not need special hardware.

Two financial institutions are already using the software to verify customers' identities, and the software is being tested on an event platform to confirm attendee registrations.

During the global pandemic, BACE API has emerged as a viable alternative to the in-person verification processes used by most businesses, such as fingerprints or personal appearances.

Companies can now authenticate and onboard new or existing customers without ever meeting them.

The mentorship and training offered by the Royal Academy of Engineering's Africa Prize has helped the team focus more on their business development. Since being shortlisted, the team has defined strategies to improve BACE API's market position.

“Being part of the Africa Prize has given us such confidence,” said N'Guessan. “We focus on Africa because we want to make sure BACE API is used by our people, and that it works for them.”