Does US military training incubate coups in Africa? The jury is still out 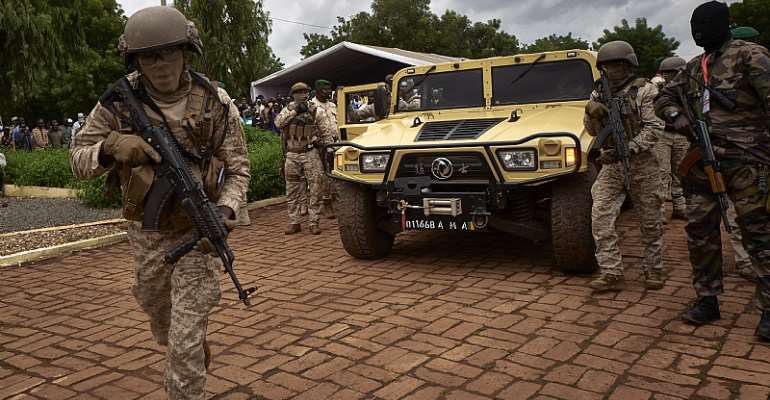 Military officers overthrew Mali's government in a coup d'état on August 18, 2020. Among the more worrying aspects of the coup is the fact that a number of the officers involved had received foreign training , most notably from the United States.

In fact, this was the second time in eight years that US-trained officers in Mali had launched a coup. To paraphrase Oscar Wilde , to lose one civilian government to a coup launched by foreign-trained officers may be regarded as a misfortune; to lose two looks like carelessness.

For many commentators with a strong sense of déjà vu, events in Mali reinforce suspicions of a link between US training and coups d'état.

But does US foreign military training provoke coups d'état? The short answer is we don't know. Until we know more, we should be sceptical of the blanket claim that it does.

Initial evidence , much cited by journalists, suggests a link.

Researchers Jesse Dillon Savage and Jonathan Caverley find that US foreign military training roughly doubles coup risk in recipient states. They argue, plausibly, that foreign training grants recipients credibility and power within the officer corps, which they can then use to rally officers against shaky civilian governments.

What commentators seldom note, however, is that this analysis is confined to just two US training programmes. Yet the US has some 34 different foreign military training programmes involving partners in almost every country in the world.

And in a recent dissertation, post-doctoral fellow Renanah Miles Joyce finds that, on average, US training in Africa reduced military involvement in politics and human rights violations.

There are other reasons to be sceptical of the foreign-training-causes-coups hypothesis. First, it should come as no surprise that Mali's coup plotters received US training. Between 1999 and 2016, US programmes involved 2.4 million trainees in programmes that cost over $20 billion.

Officers in many countries embark on the security equivalent of global training pilgrimages through a transnational circuit of academies, exercises and manoeuvres. This training is often the key to building a successful career.

Read more: Mali celebrates after president's ouster -- but there are few 'good coups'

His colleagues, Colonel Malick Diaw and Colonel Sadio Camara, the coup's purported architects, were allegedly training at the Higher Military College in Moscow before returning to Bamako in the days before the coup.

For their part, German officials admitted that several coup plotters had been trained in France and Germany.

This might, at first glance, suggest a connection between foreign training and coups. But, in our view, it simply points to the ubiquity of foreign training in many modern militaries. In addition, because training seeks to strengthen civil-military relations, it tends to occur in coup-prone countries like Mali. History suggests that coups tend to beget coups .

Foreign training may not have much of an effect at all. At one end of the spectrum, large-scale foreign training in Somalia, Iraq, or Afghanistan has met with failure and frustration. Jahara Matisek, an assistant professor in the Department of Military and Strategic Studies at the US Air Force Academy, has likened these foreign-trained forces to Fabergé eggs , “expensive and easily broken”.

At the other end, many activities are limited to a handful of soldiers and last all of a few days. This makes it hard to conclude that foreign training alone triggers major changes in civil-military relations in recipient countries.

If we cannot make a general claim about the training-coup link, perhaps a link can be found in certain situations. For example, the kinds of training that are undertaken, and how training intersects with local political conditions.

Some argue that training focuses too much on technical and tactical expertise to the detriment of democratic norms and military professionalism.

Yet, precisely because improving civilian control of the military is a key objective, these democratic norms feature prominently in curricula. The trouble seems to be that it is difficult to transplant norms , as the US and European Union are learning to their detriment, after years of effort and tens of millions of dollars trying to reform Mali's security sector.

It's also the case that norms of military professionalism are ambiguous and open to abuse. As Professor Risa Brooks argues , norms of professionalism in the US are not stopping American military personnel from involvement in politics. And Professor Sharan Grewal provides evidence that US officers' increasing politicisation rubs off on their foreign trainees.

In the search for more effective security partners, the US and its allies have increasingly focused on elite units, including the special forces unit commanded by Mali's Colonel Goïta. While this intensive, long-term training can transmit skills, it's also at risk of encouraging the formation of praetorian guards that threaten democratically elected civilian governments.

Such training may indeed create a dangerous nucleus of discipline, competence and power at the centre of an otherwise dysfunctional state. In other cases, as in Mali's neighbour Chad, foreign training of the authoritarian regime's elite forces may help to help defend the regime against coups.

We have heard a lot about foreign trainees in coups. We need to know a lot more about training in the coups that do not happen.

Theodore McLauchlin receives funding from the Social Sciences and Humanities Research Council of Canada and the Department of National Defence.