How changing vaccine schedules can save costs and lives: findings from South Africa

By Jeffrey Dorfman - The Conversation 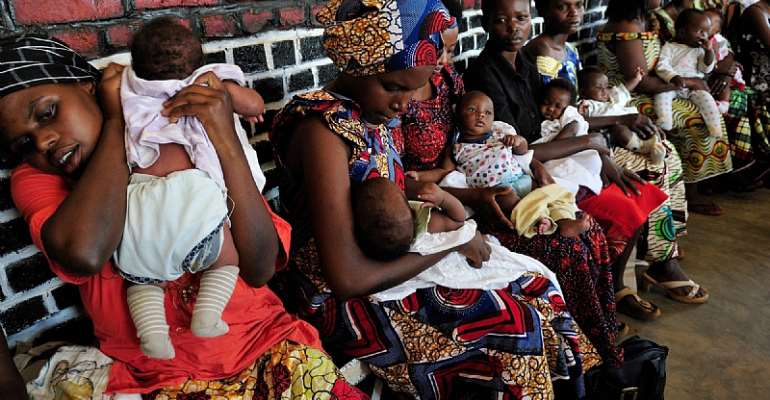 In 2005, before most low- and middle-income countries started vaccinating children routinely for pneumococcal disease, it caused approximately 1.5 million deaths worldwide annually. About 700,000 to 1 million of these deaths were in children under five years. Pneumococcal disease occurs when Streptococcus pneumoniae invades a normally sterile area of the body, causing meningitis, pneumonia, septicaemia or other disease syndromes. Case fatality rates are very high for septicaemia (>20%) and meningitis (>50%) in low- and middle- income countries .

Widespread childhood pneumococcal vaccination reduces death and disease – even in unvaccinated individuals . This is because there is less circulation of the bacterium S. pneumoniae. This “indirect” immunity is often termed “herd immunity.”

The pneumococcal conjugate vaccine is available in many countries with support from Gavi , the international vaccine support programme.

Gavi has supported 60 low- and middle-income countries to introduce pneumococcal conjugate vaccines into routine vaccination. However, Gavi's support is focused on the poorest countries. More than 30 countries, including 11 in Africa, are scheduled to “graduate” out of direct Gavi support when they become wealthy enough. For instance , when the gross national income per capita is above $1500 per person. Notably Nigeria, which suffers approximately 10% of the world's deaths from pneumococcal disease , is on the transition list.

As countries “graduate” from Gavi support they will need to pay for the pneumococcal conjugate vaccine. Many will be looking for ways to maintain their use of the vaccine without diverting scarce resources.

The current pneumococcal conjugate vaccine schedule requires three doses of the vaccine. These are usually the most expensive vaccines in childhood immunisation programmes. South Africa, currently the only African country that procures these vaccines without financial assistance from Gavi, spends almost half of its entire vaccine procurement budget on pneumococcal conjugate vaccines.

One strategy to reduce the cost of vaccination is to reduce the number of doses required per child. We conducted a clinical trial to see if the dosing schedule could be safely reduced while preserving vaccine efficacy and found that a two-dose schedule induces the same final immune response as a three-dose schedule in a low- and middle-income country setting.

Most low- and middle-income countries use a “2+1” vaccination schedule recommended by the World Health Organisation . Two primary doses are administered in infancy at six and 14 weeks of age. This is followed by one booster dose at 9 months. The booster dose is needed to maintain immunity over years . Therefore, in designing our study, we considered dropping primary doses and not the booster dose.

Antibodies can prevent invasive pneumococcal disease . This is the basis for individual protection . Antibodies can also prevent carriage, or asymptomatic infection in the nasopharynx. The level of antibodies needed to prevent carriage is likely higher than that needed to prevent disease. Preventing carriage in older children is thought to be the mechanism by which the vaccine induces herd immunity. This is because older children are the main reservoir of S. pneumoniae and carriage is much more common than disease.

In our recent randomised trial, we tested two “1+1” schedules for the two currently licensed pneumococcal conjugate vaccines, PCV13 (Prevnar 13) and PCV10 (Synflorix). We tested dropping either the six week dose or the 14 week dose from the original three-dose schedule. We measured antibody levels after the booster to determine if the 1+1 schedules result in similar levels of antibodies that the 2+1 schedule induces. The 2+1 schedule is already known to induce antibody levels high enough and for long enough to reduce carriage and provide herd immunity.

We found that the 1+1 schedules were not inferior to the 2+1 dose schedule in the levels of antibodies post-booster. This finding suggests that herd immunity, once in place, can be maintained by the reduced schedules.

Reducing pneumococcal conjugate vaccine dosing was previously explored in the United Kingdom. A 1+1 (3, 12 months) schedule produced immunity that was not inferior following the booster dose compared to the 2+1 schedule (2, 4, 12 months). As a result, the UK moved to a 2-dose schedule in 2019 .

Based on our study findings low- and middle-income countries could consider dropping one of the primary doses. This would reduce the procurement cost of pneumococcal vaccination by one-third.

In considering the move to a 2-dose schedule, the risk of invasive disease from substrains covered by the vaccines up to 9 months of age should be considered. If that risk is high, it may not be appropriate to drop a dose, because dropping a dose will result in pre-booster immunity in a smaller proportion of vaccinees.

Countries that drop a dose should support surveillance studies to monitor invasive disease rates, perhaps via academic research institutions that can attract outside funding. Countries that decide to drop a dose also need to decide whether to administer the primary dose at 6 or 14 weeks. We found that using the 14 week dose results in immunity in a larger proportion of infants leading up to the boost. But, giving the first dose at 14 weeks would leave all infants susceptible to disease from 6 weeks to 14 weeks of age. Countries and their immunisation advisory boards will have to weigh these risks carefully.

Even in countries where dropping a primary dose may not be ideal, this will often be preferable to ending routine childhood pneumococcal conjugate vaccination or co-opting scarce resources from other essential public health programmes.

Jeffrey Dorfman was affiliated with the University of the Witwatersrand for the work described and received a salary from a grant from the Bill and Melinda Gates Foundation for that work.

Ejura probe: Ministerial Committee presents its report to In...
42 minutes ago