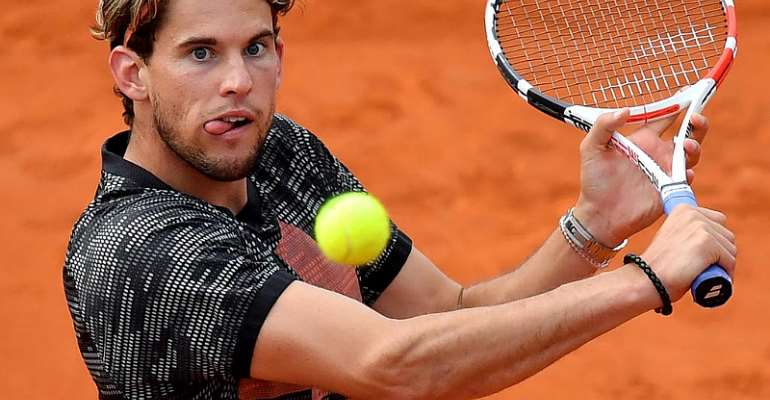 Third seed Dominic Thiem surged into the second round at the French Open on Monday following a straight sets victory over the unseeded Croatian Marin Cilic.

Thiem, who dispatched Cilic on his way to the US Open title earlier this month, was again too solid for the 31-year-old Croatian who showed too rarely the flashes of élan that made his one of the most feared competitors on the circuit.

“A few weeks ago I won the biggest prize of my career,” said Thiem. “But Roland Garros was where I had done the best before that. Two weeks isn't much time to prepare but I'm really happy to be here and through especially after facing a great champion like Marin.”

Thiem has been one of the most impressive recent performers at the French Open.

He has reached the semi-final on his last four trips. His two visits to the final have resulted in defeats to Rafael Nadal. They are seeded to meet in the last four.

Restrictions
The match against Cilic was played in front of a spattering of spectators on Court Philippe Chatrier due to restrictions imposed on the tournament as part of the French government's fight to stop the rise in the number of coronavirus cases in red zones such as Paris.

The action also unfurled with the roof closed. The 55 million euro mechanism was closed for the start of play on the court for the second consecutive day.

While persistent showers prevented the ties from starting for nearly two hours on all of the other courts, the seventh seed Petra Kvitova was able to claim the first match in the Chatrier shelter.

Once the rain cleared, Dodin's compatriots Pierre-Hugues Herbert and Hugo Gaston fared better in their first round matches.

Herbert saw off Michael Mmoh from the United States in straight sets. Gaston, who turned 20 on Saturday, beat his countryman Maxime Janvier 7-6, 6-4, 6-3, to register his first victory at his home Grand Slam.