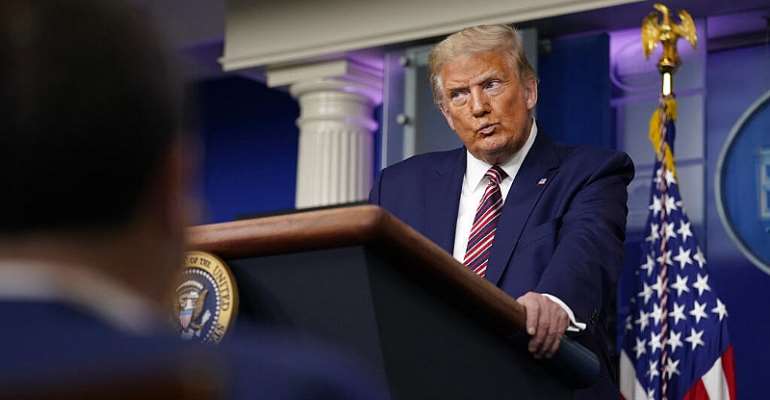 US president Donald Trump paid only $750 in federal income tax in both 2016, the year he ran for the US presidency, and during his first year in office in 2017, the New York Times has reported. The disclosure comes just ahead of the first presidential debate with rival Democratic candidate Joe Biden.

The New York Times newspaper said it had obtained tax-return data for Donald Trump and his companies going back two decades.

The records revealed "chronic losses and years of tax avoidance", it said.

The Republican president had paid no federal income taxes in 10 of the previous 15 years through 2017, despite receiving $427.4 million through 2018 from his reality television programme and other endorsement and licensing deals.

Trump dismissed the report as "fake news".
"Actually I paid tax. And you'll see that as soon as my tax returns - it's under audit, they've been under audit for a long time," he told media following publication of the NYT story on Sunday.

"The IRS [Internal Revenue Service] does not treat me well… they treat me very badly," he insisted.

The disclosure of previously private tax information came just days before President Trump's first presidential debate with his Democratic rival Joe Biden, and a few weeks before the 3 November election.

Democrats were quick to seize on the report to paint Trump as a tax dodger and raise questions about his carefully groomed image as a savvy businessman.

Trump has already faced legal challenges for refusing to share documents concerning his fortune and business.

While it is not a legal requirement to make tax returns public, he is the first president since the 1970s not to do so.

"Most" of the facts "inaccurate"

While the NYT said the information in its report was "provided by sources with legal access to it", the Trump Organization joined the president in denying the allegations.

Alan Garten, a lawyer for the Trump Organization, said that “most, if not all, of the facts appear to be inaccurate".

The New York Times suggests that in using the term "personal taxes", Garten would seem to be conflating other federal taxes (such as social security, Medicare and taxes he paid for his household staff) with federal income tax.