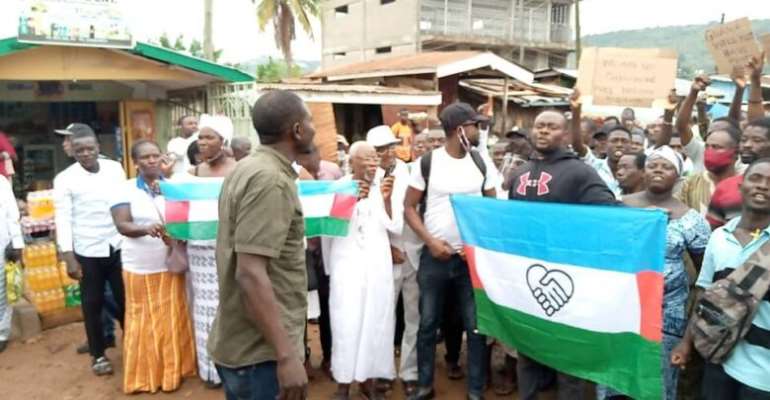 Government says it has identified those bankrolling the Western Togoland rebels.

Meanwhile, Mr Nkrumah has also denied any involvement or backing of the government of the rebels.

Mr Oppong Nkrumah also denied claims that there was intelligence failure on the part of the security agencies as far as Friday’s attacks by the secessionist group in the Volta Region, are concerned.

“There was no intelligence failure. The direct aspect of what the intelligence suggested these persons wanted to do, was contained by security agencies.

“The first response was to ensure that these installations were secured and the analysis by the agencies was that, upon doing these successfully, these persons had no option than to do these roadblocks. The intelligence agencies did a good job. They took action to prevent the direst parts of that intelligence.”

On Friday, Volta Regional Minister Dr Archibald Letsa denied supporting secessionist groups in the region as allegedly claimed by some of the Togolanders.

“That is ridiculous”, Dr Letsa said of the claim re-echoed by lawmaker Kobina Mensah Woyome. Valentina, I don’t want to answer that question because it’s ridiculous. We’ve been dealing with these groups since we came into office in 2017. How do I know them? How do I support them? Were they able to provide any evidence?

Mr Woyome said he had called the Tongu divisional police commander's phone, who had apparently been taken hostage by the militants and one of them answered it and mentioned the regional minister's name as supporting the group.

Speaking in an interview with Class News’ Volta regional correspondent Albert Kuzor, the South Tongu MP said: “What is happening now, looking at the scheme in which it has occurred, the coordinated nature of the whole activity here, Mepe, Atimpoku, I hear Afiefe and several other places at a go, at the same time, and the attacks on the police in this manner, it baffles me a bit.

He continued, “There are better ways to go about this thing, not necessarily the blocking of roads, even if you should block the roads, I don’t think you should go to the extent of attacking police stations to the extent of shooting law enforcement agents, and then hurting them, and as a result, being attacked in response”.