Agitate For Referendum; Don't Use Militancy – Effah Dartey To Secessionists 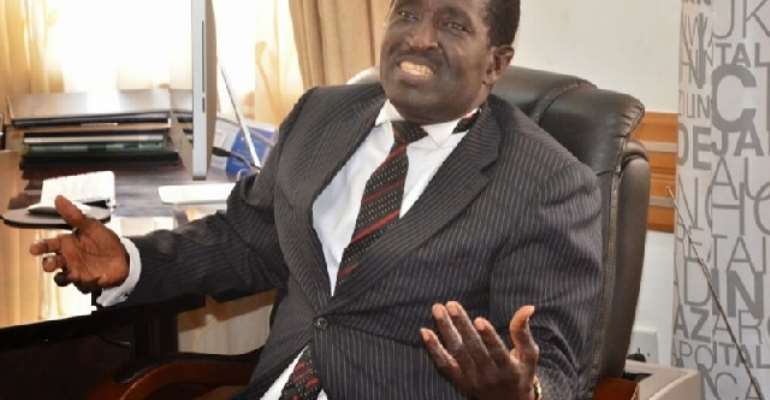 A former Deputy Minister for the Interior, Captain Nkrabeah Effah Dartey (retired), has urged the Western Togolanders agitating for secession of the Volta Region, to call for a referendum rather than use militancy to achieve their aim.

“If those in the eastern part of Ghana want to break away, you can agitate: organise the people, have a referendum and then if the majority agrees to secede to form a country called Western Togoland, fine.

“But to try and use military attack or military coup or military rebels, it won’t work because whoever is the President of Ghana has the mandate of the people to maintain the territorial integrity of Ghana with police, military and all the security establishment.

“And, so, if you start to use force, you’ll not succeed. Never”, the former MP for Berekum told Kwabena Prah Jr on Accra100.5FM’s morning show Ghana Yensom on Monday, 28 September 2020.

On Friday, 25 September 2020, the militants blocked roads in the Volta Region, took over two police stations, held some officers hostage and stole some weapons in the armouries.

A fire exchange led to death of one of the militants and injury of others including a police commander.

Meanwhile, the government of Ghana has said it has identified those bankrolling the Western Togoland rebels and chasing after them.

Mr Nkrumah has also denied any involvement or backing of the government of the rebels.

Mr Oppong Nkrumah also denied claims that there was intelligence failure on the part of the security agencies as far as Friday’s attacks by the secessionist group in the Volta Region, were concerned.

“There was no intelligence failure.

The direct aspect of what the intelligence suggested these persons wanted to do, was contained by security agencies.

“The first response was to ensure that these installations were secured and the analysis by the agencies was that, upon doing these successfully, these persons had no option than to do these roadblocks.

“The intelligence agencies did a good job.

“They took action to prevent the direst parts of that intelligence.”

On Friday, Volta Regional Minister, Dr Archibald Letsa, also denied supporting secessionist groups in the region as allegedly claimed by some of the Togolanders.

“Valentina, I don’t want to answer that question because it’s ridiculous.

“We’ve been dealing with these groups since we came into office in 2017. How do I know them? How do I support them? Were they able to provide any evidence?

Mahama was disastrous in managing Ghana’s education — NPP’s ...
21 minutes ago