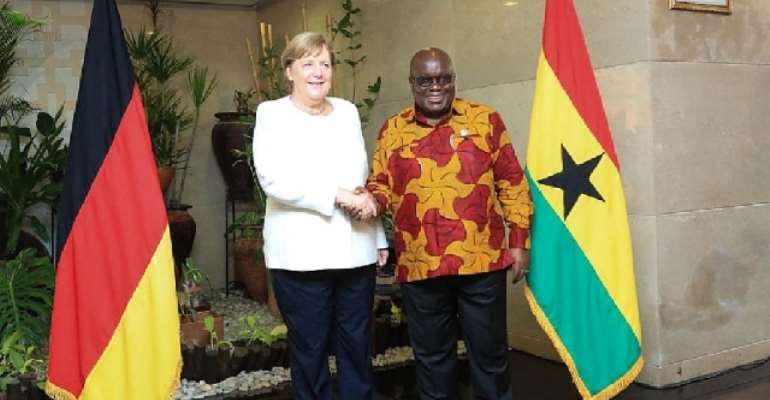 A retired military officer, Captain Joel Sowu, has said Germany should be blamed for the recent secessionist brouhaha that has reared its head in Ghana’s Volta Region.

Three secessionist groups, including the Western Togoland Restoration Front and Home Study Group Foundation (HSGF), are advocating the independence of the Volta Region.

Last week, members of HSGF blocked roads leading to the region, hoisted their flags, captured three Police officers and exchanged gunfire with security agencies as parts of agitation for independence from Ghana.

The security agencies, however, have noted that they have the situation under control.

In Captain Sowu’s view, however, the Germans are to blame for the current troubles in the Volta Reigon.

Narrating the history behind the agitations on the Executive Breakfast Show (EBS) on Class91.3FM on Monday, 28 September 2020, Captain Sowu told show host Abdul Karim Ibrahim that: “The truth of the matter is, the problem we are having now is Germany”.

“Germany is the cause and the source of the problem we are having now”, he insisted.

“Before independence, French Togoland was part of what we now call Western Togoland. It was one country. When Germany lost the WWII, they decided among the allied troops, to share German colonies.

“It was after WWII that the dismemberment of Africa happened. If you go to Cameroon, you have the same problem there because it was a German colony. So, you’ll find that in 1956, before Ghana gained independence the British did not know what to do with the British mandated Togoland or a trust territory…” he narrated.

“So, the League of Nations decided that a plebiscite should be held for the people in the British mandated Togoland to decide whether they like to be independent or join French Togoland or join Gold Coast to become Ghana as an independent country.

“However, there was a proviso that after 50 years then the people who have now become part of Ghana, can now decide whether they still want to continue with Ghana or they want to be independent or they want to go with the French Togoland.

“That was the situation…so this is the history of the issue of those rising today to say that they want to secede.”

Captain Sowu, however, condemned the manner in which the secessionists are going about their call for independence.

He suggested that they write to the United Nations (UN) to use diplomacy to get what they want.

“I do not approve of the method they are using because if they have a case, they should go to the United Nations, which has taken over the League of Nations and make the case there.

“If they make the case there, then the UN can now talk to Ghana and find out what really the situation is whether most people in Western Togoland want a secession and how it is going to happen, and if this happens, it’s going to cause a problem all over Africa where German territories were.

“They will all say, ‘we are not part of this country, we are here because of Germany’. So, Germany has a moral duty to also go to the UN and say, ‘it was because of me that this happened’, so that there can be a negotiation and they can decide whether we should do another referendum to decide whether the people like to stay in Ghana or secede.”