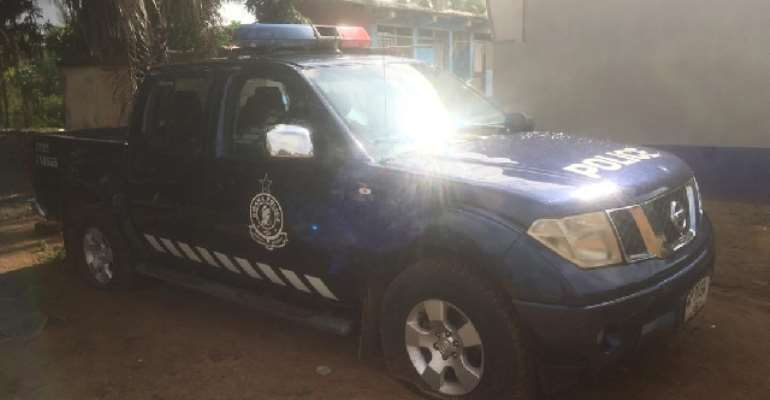 The North Tongu District arm of the Formed Police Unit (FPU) has retrieved two police vehicles and an AK-47, as part of the items stolen by secessionist group, Western Togoland Restoration Front.

The vehicles and gun were retrieved on Saturday night, 26 September 2020.

They formed part of the items that the group made away with after they attacked the Aveyime police station.

They were alleged to have freed two cell inmates and locked up some police officers who were on duty at the time.

Class News’ Volta regional correspondent, Albert Kuzor, reported that the group deflated the tyres of two private vehicles belonging to police personnel and an official police vehicle at the station.

The group also seized the mobile phones of the police personnel on duty and physically assaulted and threatened their lives.

Meanwhile, the Member of Parliament for the area, Samuel Okudzeto Ablakwa, on Sunday, 27 September 2020, visited the crime scene to assess the level of damage.

Addressing the media during the visit, the North Tongu MP noted: “I’m deeply troubled and worried. What we’ve seen today, it does not portend well. I’m wondering why the North Tongu constituency was targeted in this coordinated invasion.”

Mr Ablakwa indicated that the National Security Secretariat and the entire security establishment of the country has failed and called on the government to intervene and curb the activities of the group.

“What is clear to me is that National Security will have to sit up. This is a clear case of intelligence failure. It is clear that this whole secessionist agenda has now metamorphosed into something else. You are having splinter groups now; now I do not know, as the Member of Parliament, how many groups are out there and how many of my youth are exposed to this groups.

“I also do not know, at this point, exactly what the situation is, so far as the whole organisation of the group is concerned.

“And the Ghanaian government that has the constitutional mandate to protect us must sit up”, Mr Ablakwa said.

The opposition MP also urged the youth of the area to desist from supporting the group.