IMANI Appeal To Speaker Of Parliament Over Honorary Doctorate Award 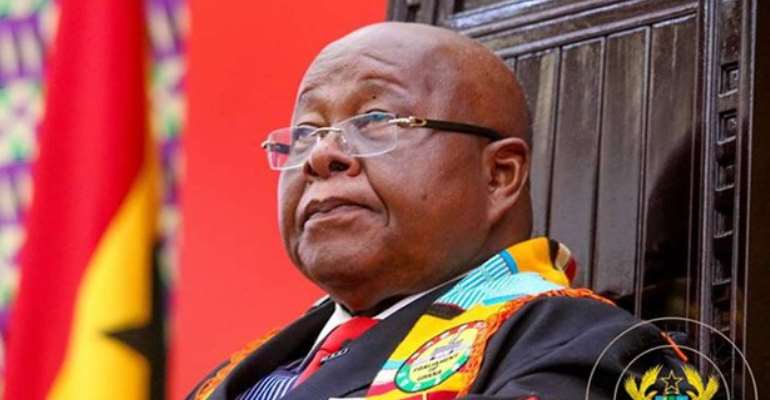 I respectfully wish to convey goodwill and hearty greetings from the IMANI family.

We continue to revel in your sterling steering of our august law-making body. I recall your advice to me in 2017 to ensure think tanks forge closer partnership with Parliament in order to share ideas in order to move our democracy forward. IMANI and other think tanks have yielded to your call and have time without number, consulted with select committees on relevant topics.

For instance, on February 26 and March 4 2020, IMANI researchers briefed Parliamentary Committees on Finance and Agriculture, Food and Cocoa Affairs on IMANI’s ground-breaking research report on exploring revenue management and producer pricing mechanism within Ghana’s cocoa sector. IMANI has been invited on several occasions by the leadership of Parliament, to present Civil Society’s understanding of government’s budget and financial statements

Now unto the main reason I am writing officially to you.

It has come to our attention that current management and leadership of the University of Education, Winneba (UEW) are considering conferring on you an honorary doctorate degree award. Ordinarily, reasonable people can agree that our Speaker of Parliament deserves such honour even if glaringly superfluous, compared to the stature of those you have received in your illustrious life, so far well-lived.

Sadly, I should discourage you from accepting the UEW honours, at least until the reported charges and accusations of open defiance of our courts, precociously tailored opprobrium of senior statesmen and crucially the seeming illegitimacy of the current leadership as evidenced from the protracted legal battles it is saddled with are completely dealt with.

If you must need and indeed accept any new honours, they must add immense value above your current impeccable credentials- Further, any such grace to be bestowed on Rt. Honourable Speaker must not come from controversial quarters where perennial leadership struggle has been so bitter and likely to impugn professional academic integrity.

I am most certain that such a decision was at best promoted by one half of the University’s leadership while the other part could only look on forlornly. Such important academic honour to be bestowed on our academically renowned political scientist, reverend minister and above all the Speaker of our Parliament must not be mired in needless controversy. In these days of littered awards, one for our Speaker must be above idle chatter.

I know in this worrying matter of UEW honourary award, you will take a decision that best serves your long-held quest for and actually lived excellence, fairness and respect for the rule of law. As it stands, the intended UEW award in your honour will dishonour you.

As always, I wish you better in all your endeavours, now and in the future. Yours sincerely,

Latest Photo Reports
Catch up with all the political quotes from our politicians.
Advertise here
More Letter
ModernGhana Links
Otokunor writes: Open Letter To President Akufo-Addo On The Comments Of Mr. Lord Commey
Open Letter to Mr. Bagbin, the Speaker of the Parliament of the Republic of Ghana
Letter To The National Peace Council Through All Ghanaians
Open Letter Speaker Of Parliament Of Ghana over the authority of the Ashanti Regional Minister for the Deployment of Military to Ejura
An open Letter to Mr. Kofi Adams
Open Letter To The Mce Nominee For West Gonja -Hon. Karim Musah Kusubari...
An open letter to the President Akufo-Addo: Social justice and the development dilemma in Ghana: Why ends are not meeting
Open letter to Hon. Henry Quartey
An Open Letter To The National Chief Imam
TOP STORIES