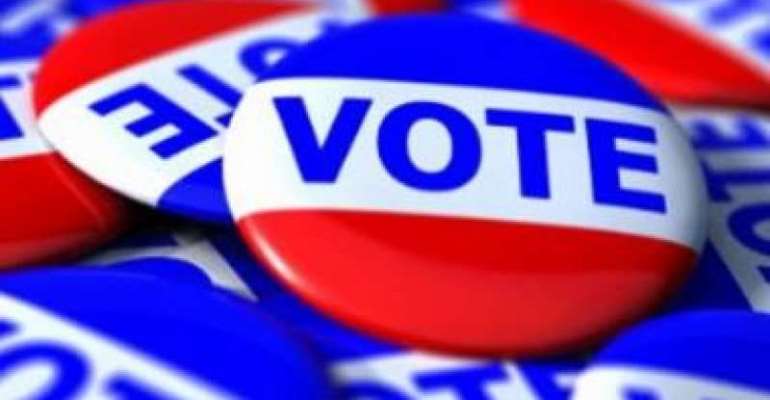 This year’s election has proven to be the one with the highest stake. The reason is simple and straight forward. John Mahama is staging a comeback against an incumbent with an insatiable appetite for a second term. Either candidate is on a mission to make history. John Mahama emerging victorious at the polls would signify an end to the tag of a one-term president, the antipode of which would be Nana Addo.

At this juncture, let’s turn the focal lens on the topic of this epistle.

Gushegu Constituency used to be Gushegu-Karaga district until Karaga was carved out of Gushegu in 2004. Since 2004 Gushegu constituency has witnessed an annual exponential growth population-wise the aftereffect of which has seen the electoral area metamorphosed from a district to a municipality. It used to be the stronghold for the NDC absent the carving out of Karaga, however, the dynamics has changed significantly now. None of the two popular parties can lay claim over the constituency as their stronghold but one fact remains sacrosanct; the National Democratic Congress has won the seat more than the New Patriotic Party. Records have shown that the NDC has won the seat for two consecutive terms (2008-2016), a milestone the NPP is yet to chalked. Rita Tani Iddi, upon graduation from the DCE position to a parliamentary candidate in 2004, won the seat but unfortunately lost it out in 2008, a defeat many point a figure at the violence which erupted in Gushegu as a contributory factor.

The NDC’s Thomas Kwesi Nassan captured the seat with 14,732 votes in 2008 as opposed to the NPP’s 14,035 votes. He retained the seat for the NDC in 2012 with 18,776 valid votes as opposed to the NPP’s 18,439 votes but eventually run out of gas in 2016 when he lost with 18,479 to Dr Ziblim Iddi who polled 22,529 votes. The lost was attributed to the fallouts from the internal party primaries of the NDC in 2016 with resulted in a lot of skirt and blouse voting pattern that inured to the benefit of NPP’s Dr Ziblim Iddi, otherwise check the margins of win from 2008. Significant number of NDC diehards saw it consolatory to punish the parliamentary candidate to appease their favourite candidate at the primaries on the election day. In a nutshell, the NDC’s inability to amicably settle a dispute which had its umbilical cord cut from an internal election cost them the seat. In effect, they failed to close their ranks to avert a barefaced impending Waterloo. But have they learnt their lessons the hard way? What about the NPP, have they fallen victim to what got the NDC victimized in 2016? Please follow me.

Both the NDC and the NPP are going into the elections with fresh candidates. This would not have been had Dr Ziblim Iddi not withdrew his candidature at the eleventh hour under a circumstance every political watcher cannot hold but to term as bizarre. Dr Ziblim Iddi filed his nomination with one Mr. Mahama Osman who was later disqualified at vetting, paving the way for the incumbent Member of Parliament to run solo which birthed a lot of agitations from the camp of Mr. Osman. Then Covid-19 came with its attendant freeze on public gatherings which culminated in pushing the NPP’s primaries forward. Although there was a freeze on political activities, the agitations from the disqualified candidate’s camp never saw any freeze. His loyalists averred to vote against the incumbent MP should the party fail to reinstate him. The reason for the disqualification was unbeknownst to the public, however, party sources say he was the constituency organizer, a position he should have abdicated before putting himself up to be considered as a parliamentary candidate. That notwithstanding, his supporters were of a different view that he did not contravene any provision of the party’s constitution to deserve the disqualification handed him. To cut a long story short, he was reinstated. But Dr Iddi felt the system has been rigged in favour of Mr. Osman, a conviction of which later resulted in the withdrawal of his candidature. Then the party talk Mr. Osman out too to clear a way for Hassan Tampuli to become a parliamentary candidate in such a miraculous fashion. Base on this narrative, Dr Iddi was forced out from the field of play not that he was emaciated and so could not play any longer.

Up till now, the supporters of Dr Iddi are yet to smoke the peace pipe with the supporters of Hassan Tampuli across the constituency especially within the Gushegu township. Therefore, NPP is going into the election with a balkanized front, the same disease that ultimately buried the NDC 6-feet deep in 2016.

I am no clairvoyant but I am of the firm believe that the division in the party will bolster the chances of the NDC’s Mohammed Yussif MaliMali over the NPP’s Hassan Tampuli at the December polls regardless of the fact that both are neophytes in parliamentary elections.

I am not also oblivious of the fact that Hassan Tampuli is a candidate with the requisite financial mojo, nonetheless, I think the glaring display of opulence on the campaign trail has never produced an MP for the Constituency taking into consideration its political history.