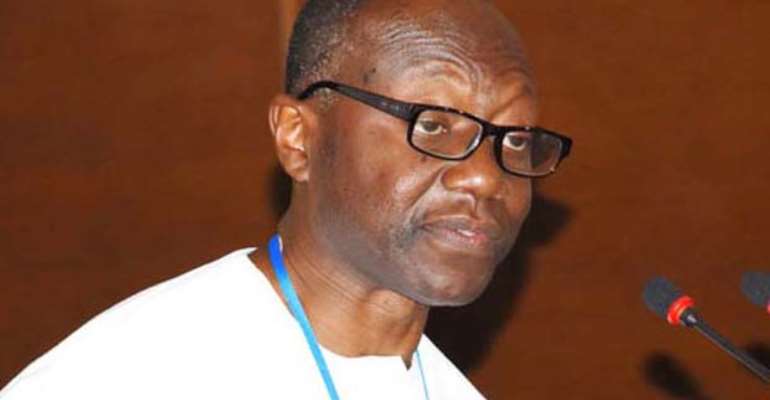 Finance Minister Ken Ofori-Atta has said government of the New Patriotic Party (NPP) led by President Akufo-Addo is committed to building a competitive and dynamic energy sector where private investments can thrive and the interests of Ghanaians and businesses continue to flourish.

He said this on Wednesday, September 23, 2020, after the government and CENIT Energy Limited (CEL) successfully secured terms for an amended power purchase agreement (PPA).

The terms agreed upon between the government and CEL will produce a more favourable situation for both parties and ultimately reduce the cost of electricity for the people of Ghana.

The minister said, “We welcome CENIT Energy's commitment to Ghana and its role in regenerating the energy sector. CENIT is an important partner and a significant energy producer in Ghana.”

CEL is a Ghanaian independent power producer (IPP) which began commercial operations in 2012, and it has agreed to convert its power plant into a tolling structure which will result in cost savings to the Electricity Company of Ghana (ECG).

According to the minister, CEL has also agreed to a further reduction in the capital recovery tariff of 38.9 per cent, which will result in total savings of US$200 million to the country over the remaining life of the PPA.

“The commitment made by CEL is crucial in reinforcing the government’s efforts to build a balanced and sustainable energy sector,” he asserted and encouraged other IPPs to join CENIT Energy in collaborating “to help reduce onerous debts and to provide stable energy supply for the people of Ghana.”

Mr. Ofori-Atta disclosed that at present, “Ghana pays over US$500 million yearly for unused electricity” and added that most of the PPAs are legacy agreements that were entered into under the Mahama administration in an uncoordinated and hasty attempt to end dumsor.”

“The tariffs agreed were not competitive and have contributed significantly to the build-up of debt in the sector and oversupply of energy,” he pointed out.

According to him, the Akufo-Addo government, in collaboration with the World Bank, created the Energy Sector Recovery Programme (ESRP) and identified the policies and actions needed for financial recovery in the energy sector over a five-year horizon (2019-2023).

As part of the reforms, he indicated that the Government was taking steps to institute competitive bidding for future additional capacity so as to ensure that future tariffs are fair and in line with expected pricing benchmarks.

“Government has demonstrated its commitment to the ESRP by actively developing whole-of-sector initiatives and reforms, including implementing the Cash Waterfall Mechanism (CWM) in April 2020, which allows Electricity Company of Ghana's revenues to be distributed in a more transparent manner and managing payments of arrears despite the challenging financial situation which has been exacerbated by the COVID-19 pandemic, the Finance Ministry said in a statement.

The ESRP Steering Committee, established by the Energy Sector Recovery Task Force under the helm of the Senior Minister, is working closely with IPPs and gas suppliers under the ESRP Consultation Process to negotiate more favourable agreements for both parties and to achieve a balanced energy sector capable of delivering fair, long-term solutions, the statement added.

It indicated further that the government had “undertaken these discussions in good faith and urges all IPPs to continue working closely with the ESRP Steering Committee to conclude negotiations as soon as possible.”