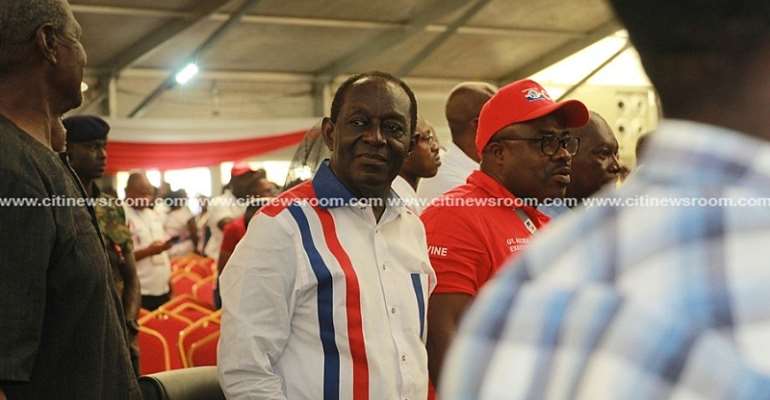 The leadership of the ruling New Patriotic Party (NPP) is racing against time to get some party members to rescind their decisions to contest as Independent Parliamentary Candidates in the 2020 election.

Some aggrieved NPP members, most of whom were disqualified in the party's parliamentary primaries, have opted to contest in the December polls as Independent Parliamentary candidates.

The candidates are contesting in constituencies known to be strongholds of the NPP like Asokwa and Bekwai.

In Bekwai for example, a lawyer, Akwasi Amofa-Agyemang, declared his intention to contest the 2020 Parliamentary elections as an independent candidate for Bekwai after he was disqualified from contesting allowing the incumbent, Joseph Osei-Owusu, who is also the First Deputy Speaker of Parliament, to run unopposed.

Speaking to Citi News during the launch of the Ashanti Regional campaign ahead of the December polls, Patron of the regional campaign team, Dr. Kwame Addo Kufour said the party is working to get the Independent candidates to rescind their decision.

“That is why I have been appointed to the patron of the organising committee. I am going to try and persuade them to come back into the fold and allow our elected candidates to go forward,” Mr. Kufuor said.

He said he was going to be in Kumasi for the next couple of months because of this.

“We shall leave no stone unturned. Party supporters must go all out and the candidates should be all-inclusive,” he assured further.

The National Organizer for the NPP, Sammi Awuku, also said the party's national reconciliation committee was still engaging the aggrieved candidates to reach a consensus.

“We continue to talk to them. Some have stepped down. We are also still talking to some and I am confident that at the NPP at the end of the day will make headway when we have these small disputes,” he indicated.

‘We’ll go hungry if we stop light fishing’ – Fishermen in El...
16 minutes ago