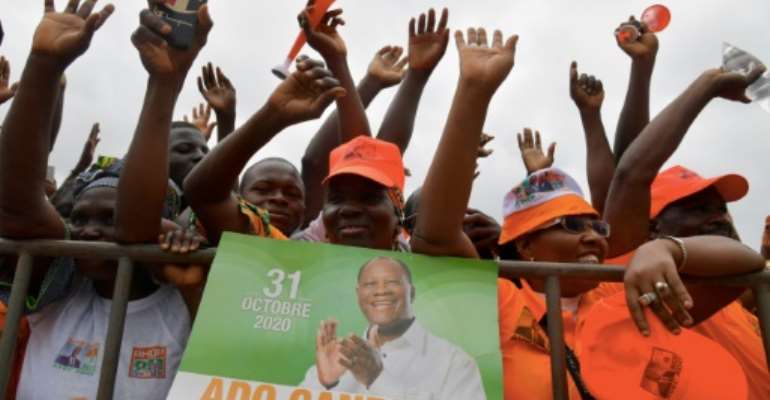 The UN special envoy for West Africa wrapped up a weeklong visit to Ivory Coast on Sunday urging a "peaceful and inclusive" presidential election in the country next month against a backdrop of high tensions.

Mohamed Ibn Chambas also hailed the release from detention of around a dozen supporters of former prime minister Guillaume Soro on Wednesday as a "welcome gesture" ahead of the election set for October 31.

The visit was aimed at underscoring the UN's support for "a peaceful, inclusive, transparent and credible presidential election," a statement said.

Ghanaian diplomat Chambas "reiterated his call to all political actors to uphold their commitment to the organisation of a peaceful and inclusive election, and respect of human rights," it said.

Chambas met with President Alassane Ouattara, his three challengers, electoral officials and civil society representatives during his mission to the former French colony.

Tensions are running high, with Ouattara set to defy a constitutional limit of two terms. The 78-year-old and his supporters argue that a 2016 constitutional tweak reset the clock on his time in office.

Violent protests against Ouattara's candidacy left around 15 dead last month, reviving memories of a post-election conflict nearly a decade ago that claimed more than 3,000 lives.

Soro, who today lives in France, was among dozens of applicants who were barred from contesting the election.

His exclusion was on the grounds of a 20-year sentence in absentia for alleged embezzlement of public funds, handed down in April.

MPs split heads as anti-LGBTQ+ bill to be laid in Parliament...
3 minutes ago

Angola President in Ghana for 3day visit
8 minutes ago