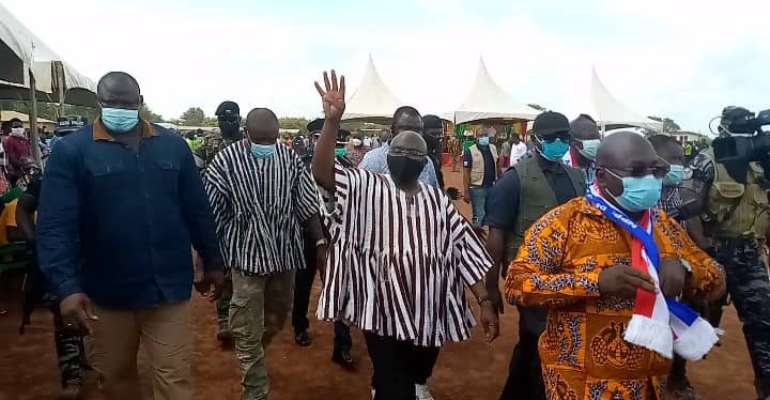 Vice President Dr. Mahamudu Bawumia had to be carried away by his bodyguards into his car as heavy storm swept through the area leading to the disruption of a durbar at Nsawkwa, a town in the Tain District of the Bono East Region.

In a video available to this portal, the storm was strong to the extent that for some strong men who stood firmly on the ground and held the canopy in place, it would have blown off the canopies at the event

There was a blockbuster movie scene when the wind blew dust and flying objects towards the sitting place of the Vice President and his entourage as they showed their dodging skills.

Plastic chairs, sound system and straying objects could not withstand the severity of the wind as they were seen shooting through the skies with black polythene bags blindfolding participants who were running for the lives.

The Vice President was finally surrounded by his bodyguards from where he and his entourage were seated into his vehicle.