Gov't Not Behind Attacks By Secessionist Group – Oppong Nkrumah 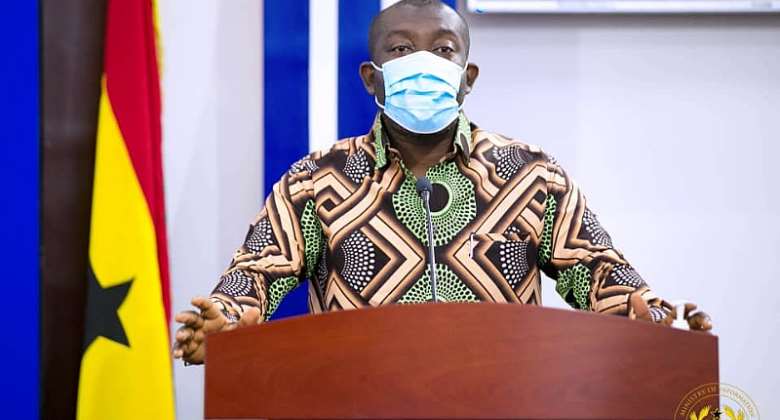 Government says it is utterly absurd for anyone to suggest that the recent disturbances of the secessionist group, Western Togoland are being fueled by the state.

The activities of the Homeland Study Group Foundation have led to widespread speculation that government intends to use that a justification for heightening security in the Volta Region in the build-up to the general elections, in order to intimidate voters in the opposition National Democratic Congress’ (NDC) traditional stronghold.

But at a press briefing held today, Sunday, September 27, 2020, Information Minister, Kojo Oppong Nkrumah shot down such claims, describing them as “flat-out untruths”.

The Minister also commended the state's security apparatus for swiftly averting a planned attack by the Homeland Study Group Foundation.

He said the security agencies had prior intelligence about the group's planned attack on the Akosombo Dam and other sensitive installations and averted it.

“The first response was to ensure that these installations were secured and the analysis by the agencies was that, upon doing these successfully, these persons had no option than to do these roadblocks. The intelligence agencies did a good job. They took action to prevent the most dire parts of that intelligence.”