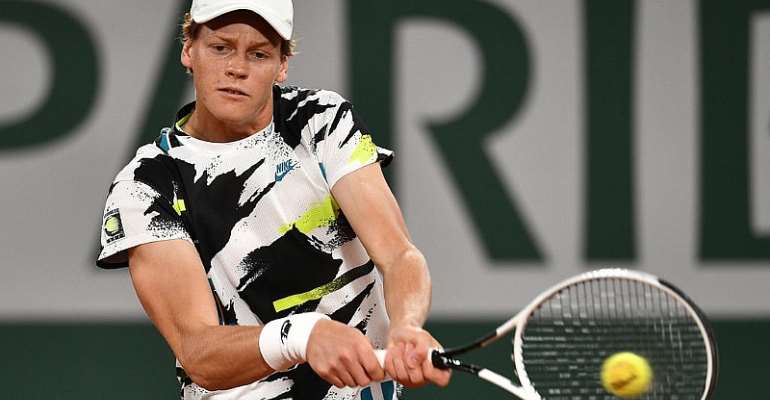 The new retractible roof on centre court at the Roland Garros stadium got its inauguration on Sunday during the opening day of action at the 2020 French Open.

The 55 million euro structure was closed before the start of the first round match between the 11th seed David Goffin and the Italian teenager Jannik Sinner.

As the two traded blows on Court Philippe Chatrier protected from the rain, the women's 10th seed Victoria Azarenka complained on Court Suzanne Lenglen about commencing her tie against Danka Kovinic in wet conditions and then being asked to wait on court while the showers passed.

"It's raining for like 15 minutes and we're playing, who cares? You can't hold your racket because it's so wet,” said the 31-year-old former world number one.

Outburst
As the rain continued, Azarenka added: "You guys are joking right? You don't see what's happening? You guys are not playing, so you have no idea. This is getting a little ridiculous. It's eight degrees. I'm not waiting. It's too cold. I live in Florida, I'm used to hot weather."

Once the pair resumed, Azarenka blitzed her way past her adversary 6-2 6-1 in 61 minutes to advance to the second round.

Sinner was equally abrupt with Goffin. The 19-year-old dispatched the experienced Belgian 7-5, 6-0, 6-3 in just under two hours.

Goffin appeared out of sorts during the initial exchanges. But he managed to find his range to level at 4-4 in the opener. But he went walkabout while serving to take the first set into a tiebreak.

Drop
From 40-15 he squandered two game points and then was outwitted by a Sinner drop shot. A backhand into the tramlines gave Sinner the set after 53 minutes.

Goffin lost another eight games on the trot to cede the second set and give Sinner control of the match with a break in the third set.

Sinner, making his debut at Roland Garros, claimed the victory in one hour and 59 minutes to spring the first shock of the tournament.

“It's not easy at the beginning of a tournament and it was my first time at Roland Garros,” he told the on-court post-match interviewer Cedric Pioline. “And playing against someone like David isn't easy, so I'm very happy.”

On making history as the first victor under the roof, he told the Pioline and the spattering of spectators: “It's a real honour to be among the first. It's good to have the roof. It's going to be useful having it this week.”