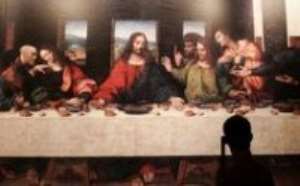 ONE FOR ISRAEL Staff and contribution by the author.

Have you ever heard the stirring sound of a shofar? That ancient cry to the deep… It is a sound that the people of Israel are commanded to hear on the Feast of Trumpets, Yom haTeruah.

In Israel many will be making sure that they can still hear the sound of the trumpets on this special day, despite the lockdown. It’s a beautiful, haunting sound that seems to pierce right to your soul. In fact, the Hebrew root word (שָׁפַר) has the meaning of incision – it cuts to the very heart!

The Feast of Trumpets vs Rosh Hashanah

Jewish people now refer to the day as Rosh Hashanah which means “head of the year”, since it now heralds the Jewish new year according to rabbinic tradition, thought to have begun in Babylon. God has other ideas, stating in Exodus 12 that the first day of the first year is the beginning of the month of Passover in the spring. However, despite this discrepancy, the start of the fall feasts comes at the beginning of the agricultural cycle, and it’s interesting that God would set His own calendar so differently to all the surrounding peoples of the Middle East, breaking the annual cycle of agriculture in two.

Half way through the agricultural year comes Passover, foreshadowing of the crux of history. God challenges the idea that our life and survival depends on food and points instead to the abundant and eternal life given to us through the Messiah.

"A point which is missing in todays Christianity; as if our lives depend only on food, shelter and clothing. Far from that; much as these are basic necessities one depend on in living the greater necessity is having Our Lord and Saviour Jesus Christ as the Christians full sufficiency.A relationship with which the Church could bear many Spiritual fruits needed today".

How The Feast of Trumpets Became Rosh HaShana

But anyway, back to the Feast of Trumpets. Or, the Feast of Loud Noises as it might be expressed. A teruah is a blast of a horn, a loud noise. In Leviticus 23:24, God calls for a solemn assembly: “a memorial proclaimed with the blast of horns” (zichron teruah – זִכְרוֹן תְּרוּעָה). Did you notice the word “memorial”?

This aspect of remembering is ironically often forgotten! In some ways the Feast of Trumpets is a bit of a mystery. God simply commands a rest, a sacrifice, and a memorial blast of the shofar. But why?

The first time the shofar is mentioned is in Exodus 19 at Mount Sinai, where the people of Israel trembled at the sounds of thunder and shofars. It was a truly awe-inspiring and nation-defining moment. God is calling Israel to cast their minds back to Sinai and the covenant He made with us there.

"Yes Sinai in Egypt in Africa from where God called His children the first stock(Isrealites) upon which scion(Gentiles- rest of the world) was grafted by Jesus Christ; also the foundation upon which the Church(Body of Christ) was, and is still being built upon- the Cornerstone. Remember, the Saviour Himself was physically sent to Egypt as a refugee for His safety at the command of God (The FATHER). FROM THERE HE WAS CALLED BACK TO HIS PEOPLE".

Shofars and trumpets in Scripture have many connotations and are mentioned almost 80 times in different contexts: summoning the tribes to the door of the tabernacle, getting ready to up-tents and move on, as a warning, an announcement, inaugurating a new king, building, event or era, as a battle cry, a victory shout or the sound of rejoicing… Through the sound of the shofar, God calls His people to turn their minds and attention back to Him, back to heavenly matters.

" The issue of mind sett has been used first by Satan to corrupt the children(Adam and Eve) of God.From generations till today other people have used the mind game to enslave them. So it is fitting that apostle reminds us of the following (2 Corinthians 10:5; 1 Corinthians 2: 16) and many more to demolish the vague religious interpretaion of the Holy Bible. The mind of the human being still remains the battlefield for salvation".

Let me give you other cross references for your private or church studies (Isaiah 2:11; Jeremiah 23: 29; 2 Corinthians 9:13; 2 Corinthians 11: 20; Philipians 4:7). The captivity of newly born again (including old miracle chases) by these gods or satanic church leaders is vivid for all to see. To the extent that they are able to sell stupid panapheneria, oil, water, handkecheves, or even made to eat grass like animals. it is very serious, pathetic,and, even sad.Such people won't escape the punishment of God."

Different sounds of trumpets mean different things, but they are all calling for attention. The trumpet blast conveys a message.

If you ever come to Israel and find yourself in Ben Gurion Airport in Tel Aviv, you will most likely hear the call “Simu lev!” which means, “Pay attention!” at the beginning of some important announcement. But if we were to translate the words more literally into English, they are saying to you, “Put your hearts!”

I recently heard that the best gift of love you can give anyone – including God – is your attention. There’s a huge difference between someone being emotionally present or emotionally absent – detached or engaged. Focused or distracted. You can physically be in a place, and use your time to be there, but giving attention is more than that.

In Hebrew, “paying attention” is “putting your heart”.

Paying attention is the conscious decision to engage our hearts – the very essence of our being. We have the choice to “put” it in a certain place or direction.

In many ways, worship is paying attention to God, giving him our time and “putting our hearts” with him… Being present, engaged, and focused. We remember God’s worth and come towards Him to give Him the love and honour He is due.

But so often we rattle away, busily reading through whatever Bible passages we’re supposed to read, and maybe we might even think about it for a while, but are we thinking with God? Or separately from Him?

Are we truly present with Him? Does he have our ear? Are we inviting Him to speak, and giving him room and space to do so? Do you ask Him what is on His heart, or what He would like to express to you? Does He have your undivided attention in your times together? Are you gazing up at Him, or at your own issues, your own life?

The blast of the shofar reminds us to forget self and remember God, putting His agenda at the front of our minds. It’s also an opportunity to remember our own personal “Sinai” event, where God invited us into covenant with Him and we said yes.

The call of the shofar

As we gaze up to God and give Him our attention, we become more tuned in to His agenda. God has purposes and plans that He is rolling out in our days, and He is looking for those who will work with Him. We need to be seeking God’s face to hear His instructions to us and to understand His word to the world in these times. God is calling us to be His trumpet blowers in this world, conveying His message.

"Most especially, in these days when fake and false prophets, and servants of God abounds. Such ones are pivotely interested in lining their pockects with our moneys and not any interest for our salvation". Most of the time such people will draw your attention to themselves, thus making Jesus Christ less relevant".

Remember this:- We are to cast down imaginations, and every high thing that exalts itself against the knowledge of God, and bringing into captivity every thought to the obedience of Christ".

For if the trumpet makes an uncertain sound, who will prepare himself for battle? (1 Corinthians 14:8)

The trumpet blast calls out.

It’s a calling and an invitation.

It’s call to remember the God of Israel and an invitation to meet with Him.

There is still time for people to come to God in repentance, to be forgiven, embraced, and to be adopted into God’s loving family. Jesus commissioned us in Matthew 28:19 us to make sure the whole world gets to hear this good news. The time will come when a different kind of trumpet blast will be heard:

Then Adonai will be seen over them as His arrow flashes like lightning. Adonai Elohim will blow the shofar and march in whirlwinds of the south. (Zechariah 9:14)

One day the very last trumpet will sound, and everything will change forever. Are we preparing ourselves or we will continue to be fooled by people who by their actions have shown they follow occultic powers. You can not gain any favour unless one does repent and flee from such occult churches fronting to the world of God as the church of Christ".