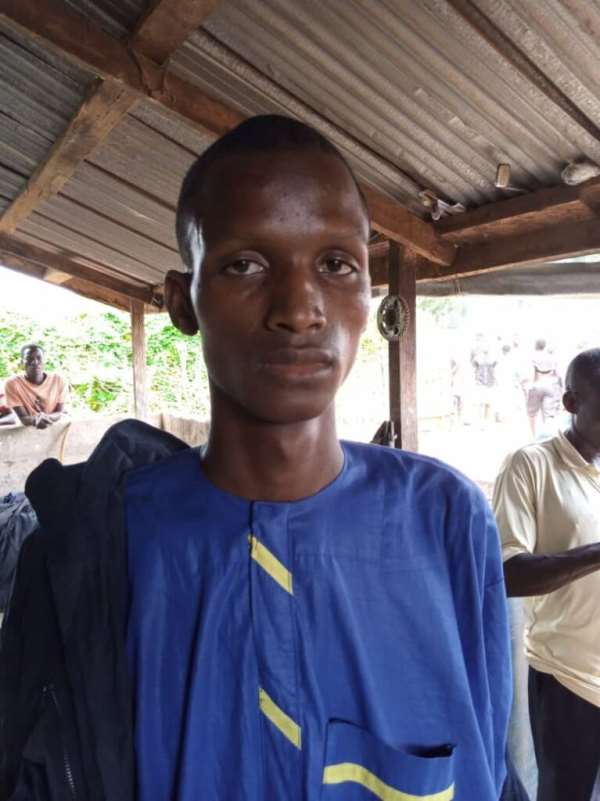 The robbers numbering four attacked four vehicles transporting traders at gunpoint at Kweklu community along the Nketepa road at about 7:00am.

The Assembly Member for Nketepa, Yaw Bossu told Starr News, the youth in the area mobilized and stormed the scene but the robbers fled into the bush. However, the mob pursued them for an hour and managed to arrest one of the suspects who gave his name as Abubakar Sadiq.

The suspect said during interrogation that they were four in number. He has since been handed over to the Police.

The Kwahu Area has faced highway robbery attacks for many years due to the poor road network and Police visibility.

The gang is said to be predominantly Fulani herdsmen with other accomplices.

Rampant highway robbery attacks on traders in Kwahu area is discouraging many traders from trading in the area.

Many victims have died while others have been injured in previously deadly robbery attacks.

Two Police officers were arrested in 2016 in connection with the robbery menace after they attacked a GCB Bullion van killing the driver and injuring a colleague Police officer escorting the van. They have since been jailed.

However, in February this year, a group calling itself Concerned Residents of Afram Plains petitioned the Inspector General of Police and threatened to embark on demonstration over a Police Officer mentioned as an accomplice by one of the suspects.

The District Chief Executive for Kwahu Afram Plains South, George Ofori, in his recent address to the Assembly said more Police posts are being built in the district to facilitate swift response by police to dealing with the situation.

The DCE told Starr News Eastern Regional Correspondent Kojo Ansah that plans were far advanced to establish a Military detachment base in the district to help deal with the security challenges in the area.

He said two ringleaders of the robbery gang were arrested few months ago while efforts were underway to arrest the other accomplices.

“Highway robbery and Fulani herdsmen clash with farmers are the two major security challenges facing us here. So we are doing a lot to curb it. For the past five months, we have not recorded any highway robbery. With the Fulani menace, we had the SWAT team coming here to help us fight them but now we are coming to establish a military base here so that the military officers come here to help us deal particularly with the Fulani menace,” the DCE said.