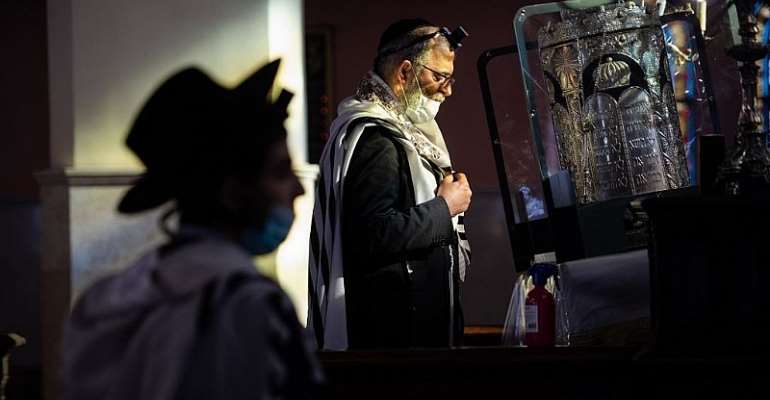 France will deploy 7,000 security forces and police to protect Jewish and other religious sites, its interior minister said, as Jews marked the Yom Kippur holiday, which begins today  Sunda and finishes tomorrow.

The move comes amid criticism about a lack of security during a knife attack near the former offices of Charlie Hebdo.

Amid criticism over the government's failure to thwart Friday's knife attack, French Interior Minister Gerald Darmanin on Sunday sought to reassure the public, and especially its most vulnerable members.

"Jews remain the target of Islamist attacks," Darmanin said as he addressed reporters during a visit to a synagogue outside Paris in Boulogne-Billancourt.

"During this Jewish holiday weekend, I have come to reassure the Jewish community and to tell them the government is here to protect them," he said.

The interior minister ordered the deployment of 7,000 security officers and police to protect synagogues and other 'sensitive' sites during Yom Kippur, the holiest day of the year in Judaism, which ends on Monday.

Threat underestimated
Darmanin added that there would be reinforcements at nearly 800 sites around the country.

Its co-founder Luc Hermann said it was “incomprehensible” that authorities had not taken special security precautions especially during the trial of the alleged suspects of the 2015 Charlie Hebdo attacks.

France 'at war'
The French interior minister has admitted that the government "underestimated" the threat against the street next to Charlie Hebdo's former offices.

But on Sunday he struck a defiant tone, praising the "efficiency" of security forces who have "foiled 32 attacks in three years".

"The government has not lowered its guard. We are still at war against islamist terrorism," he insisted.

"We must fight this war everyday, with religious communities, notably Jews," he said.