French-backed Lebanese PM resigns after one month into new job 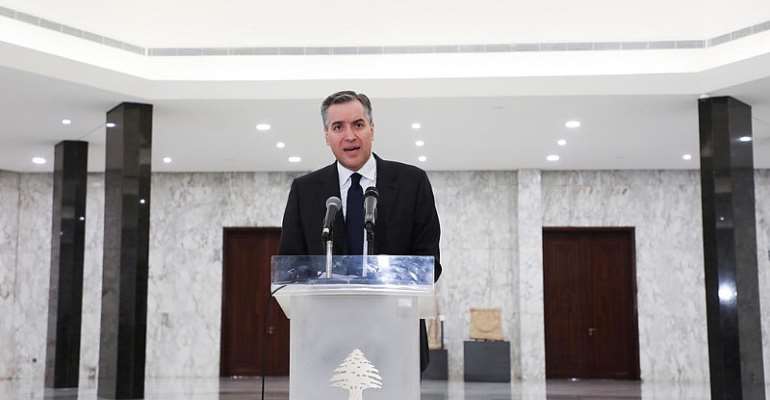 Lebanon's prime minister-designate Mustapha Adib resigned on Saturday after failing to form a reformist government in the wake of the Beirut port blast. The announcement deals a blow to French President Emmanuel Macron's efforts to break a dangerous stalemate in the crisis-hit country.

In a televised speech, Mustapha Adib apologised for his "inability" to achieve Lebanese "aspirations for a reformist government."

"I apologise for not being able to continue the task of forming the government," Adib said during a press briefing at the presidential palace on Saturday.

The prime minister-designate, who until recently had been Lebanon's ambassador to Germany, was only named to the top job last month after the resignation of Hassan Diab.

Adib was appointed on 31 August just hours before French President Emmanuel Macron made his second visit to the country since a deadly port blast, pressing for the speedy formation of a reformist government.

The massive blast on 4 August left 190 people dead, injured thousands more and damaged many parts of the coastal capital. It also rekindled public anger against Lebanon's entrenched political elite, with many blaming the explosion on government incompetence that allowed 2,750 metric tons of ammonium nitrate to be stored in a warehouse at the port.

No consensus
Adib was under international pressure to form a government quickly to access aid money that donors said should only go to Lebanon if reforms are implemented.

Coalition talks however have been hampered by the country's confessionalist system under which different religious groups share power in the government.

A Paris 15-September deadline to form a crisis cabinet within two weeks of French President Emmanuel Macron's visit to Beirut on 1 September came and went with no sign of breakthrough.

Adib admitted that "as the efforts to form the government were nearing their ends, it became clear to me that this consensus no longer existed."

The French-backed Adib had tried to form a cabinet made up of independent specialists that could work on enacting reforms.

However, his efforts were blocked by the two main parties representing Lebanon's large Shiite community--Amal and Hezbollah, who insisted on retaining hold of the key Finance Ministry.

Blow for French initiative
The failure to form a new goverment comes as a blow to Macron's diplomatic efforts to pressure them to reform.

Sources close to the French president on Saturday told AFP that Adib's resignation amounted to a "collective betrayal by Lebanon's political parties".

UN envoy to Lebanon Jan Kubis expressed similar sentiments on Twitter: "Such a degree of irresponsibility, when the fate of Lebanon and its people is at stake!"

"Politicians, have you really scuppered this unique chance created by France?"

President Michel Aoun accepted Adib's resignation and was set to "take the appropriate measures according to the requirements of the constitution", his office said, adding that the head of state still supported the French initiative.