Support A Mother, Save A Child Foundation Donates To Kade Gov't Hospital 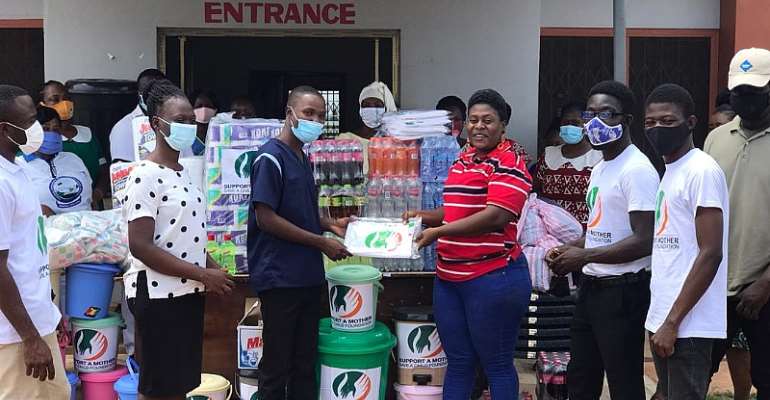 Support a Mother Save a Child Foundation, a charitable organization has presented some items to mothers at the Kade Government hospital in the Morning Eastern Region.

The donation was done on behalf of the organization by the Programmes and Projects Manager Marian Ayettey together with the team members of the NGO.

Mrs Nanendy Phyllis A. Adjei, a student nurse, an entrepreneur and the founder of Support A Mother Save A Child Foundation (SAMSACF), who is currently abroad said her foundation is set to support the communities in Ghana where cases of struggling single mothers and children are high.

The NGO started in August 2018 but prior to that, Nanendy was single-handedly helping and supporting individuals with similar and related situations.

As to why they chose Kade hospital, she said they noticed a lot of women who goes to maternity in deprived rural areas live underprivileged lives and needed support of which Kade Government Hospital was picked.