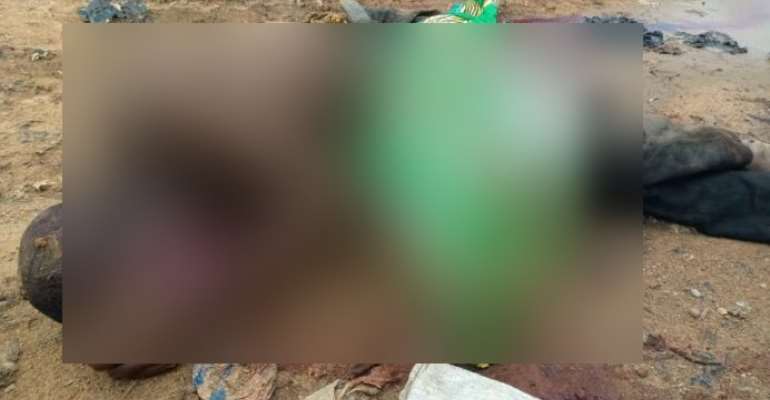 A man believed to be in his late 40s has been murdered and dumped on a refuse dump at Ajumako Techiman in the Ajumako Enyan Essiam District of the Central Region.

Cutlass wounds were spotted on the back and neck of the deceased who had a rope tied around his body.

Residents told this reporter that the deceased is not known in the Community and they suspect he might have been killed at Agona Swedru area and dumped in the area.

The body of the deceased was spotted by some residents who had gone to dump refuse and raised alarm Friday afternoon.

The case has been reported to Ajumako Police Command while the investigation is ongoing.

The residents urged the police to intensify security in the area as robbery is on the ascendancy in recent times.