Violent America Under A Twisted Democracy 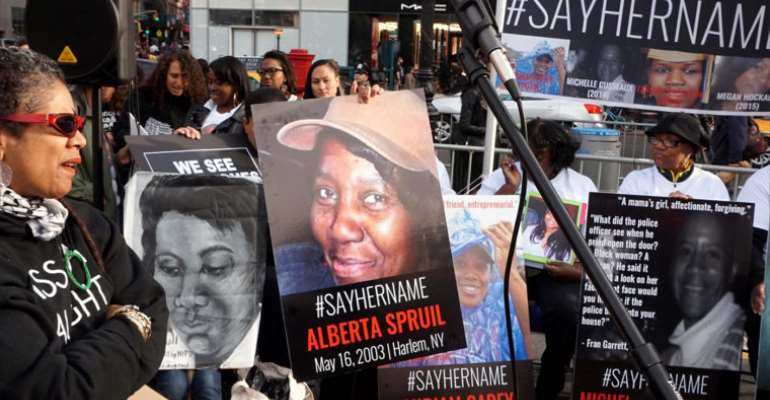 African-Americans are now being killed daily with impunity (Photo: Courtesy of All-Nite Images via Wikipedia Commons)

Over the past decades, the United States government has interfered in other countries’ political affairs, criticizing and calling for a change. But today, our generation has lived to see the country that always preaches about democracy, could be one of the most violent and racially divided countries in the world.

America has completely deviated from the path of democracy towards anarchy because of the continuous system of institutional racism, discrimination, political greed, and Apartheid system of government, under conditions of suffrage, political hate, and medical deceptions.

Until recently, that is after the death of George Floyd, all American leaders did nothing significant about racism in the country. Caucasian cops kill blacks with impunity as the whole world, including the International Criminal Court in The Hague, Holland, watches without a word.

Therefore, baffles me if Joe Biden is now accusing Trump of racism and violence in his speeches, when for decades, every American leader, including Obama and Biden himself, supported every crime against black people in the United States of America and Europe.

Every American or European leader is not a fool, they know that racial violence can cause havoc and destruction, but nobody cares because they are interested to oppress black people than making their lives better. They scream “White power,” because they fear the power of the black man.

“White people will fully understand the cruelty and the wickedness of the black man, if black people will rise against the white man and do exactly what they did to black people in slavery, colonialism, Apartheid, killing, hanging, racism, discrimination, burning and lynching, but we shall not do that because black people are civilized.”- Joel Savage

America is bleeding because Donald Trump knows that about 70% of the population is racist, therefore, he is not doing anything about the political violence that has erupted in the country and he is not willing to do anything about the members of the Ku Klux Klan in police uniforms pumping bullets into unarmed blacks.

What has happened in the past and current situation in America, don’t reflect on anything about America’s version of democracy. In my opinion, the killings of innocent people, the political and medical crimes around the globe, have eventually come back to take their sweet revenge on America.