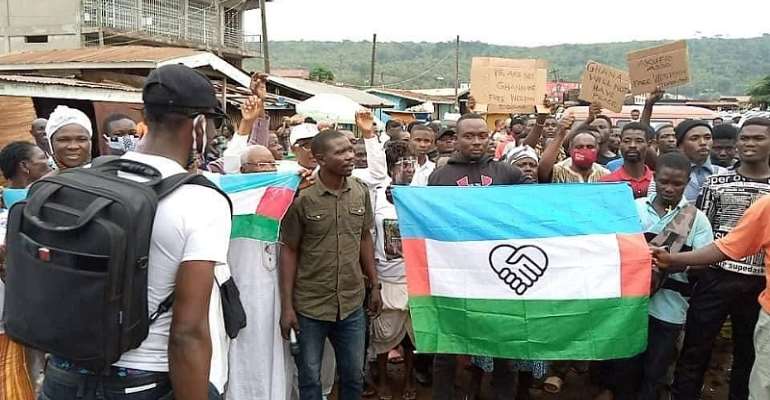 The opposition National Democratic Congress(NDC) has chided the Akufo-Addo government of its relaxed posture in dealing with the Western Togoland secessionist group.

The secessionists, who conducted a simultaneous attack on the Aveyime and Mepe Police Stations in the North Tongu District of the Volta Region, and blocked various entry routes to the Volta Region Friday dawn say they want the Region to be an autonomous country known as Western Togoland.

This, the Communications Officer of the opposition NDC, Sammy Gyamfi commenting on the issue on News File show monitored by Kasapafmonline.com stated that the attack is a clear monumental failure on the part of President Akufo Addo, his government and the security agencies to protect the people of the Volta Region particularly the areas the invasion occurred.

“The reason why their(secessionists) activities are fast festering and spiraling beyond our control is that the Akufo Addo government has been pampering these criminals. Their approach so far has been very lukewarm and lackluster, nonchalant it’s like they don’t care about what is happening.

“We were all in this country during the voter registration exercise which was conducted between June and August this year. When it suited their political agenda we saw the kind of military men they deployed to the Volta Region under the guise of the COVID-19 fight. Since these secessionists activities have been going on in the Volta Region we have not seen government display the same level of seriousness in the deployment of the military and other security agencies to fish these criminals out and deal with them drastically in accordance with the law. So they are being pampered and aided that is why their activities are festering.