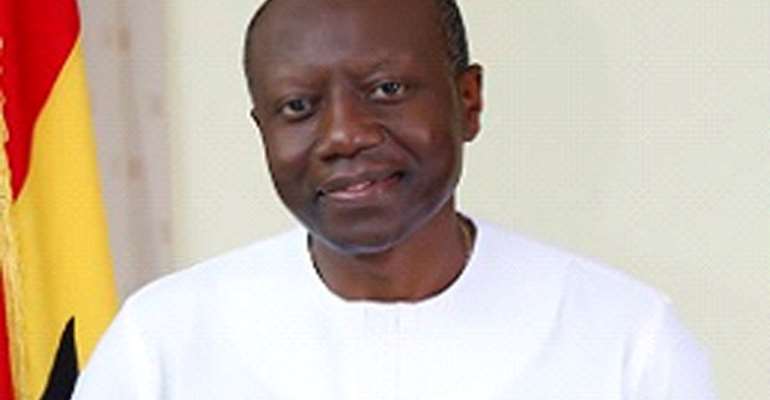 Minister of Finance Ken Ofori- Atta, has appeared before the National House of Chiefs to brief members on the concept and benefits that Ghana would derive from the Agyapa Royalties deal.

The move formed part of a broader stakeholder consultation being undertaken by the Ministry to explain the rationale behind the deal, which has generated huge controversy since Parliament approved the deal.

The Minister who was in the company of a team of officials from the Ministry told the House that the Agyapa deal was in the best interest of Ghana and must be supported by all stakeholders.

An elaborate powerpoint presentation which contained details of the transaction was done by a Deputy Minister for Finance, Charles Adu Boahen.

Mr Ofori-Atta said the Agyapa deal was an attempt to look at equity without putting pressure on the treasury and saving the country from adding to the debt stock in the government’s investment drive.

He said the government intends to keep about 20 percent of the capital raised for further acquisitions of mining opportunities around the continent to grow the royalty company into the largest in the world.

The Minister said apart from raising capital for infrastructural development upfront under the Agyapa deal, Ghana would become a shareholder of a much larger company depending on how the market performs.

“It offers us an incredible opportunity to re-imagine ourselves, and rebuild our country to bring the Black Star to where it should be”, he opined.

He said it was important to leverage on our gold resources to change our fortunes as a nation by participating in the capital market in the West which would yield returns far more than here.

“Nananom, physical metal gold in the capital markets we trade 500 times more than that so the real money is not only physical, but positioning Ghana to be able to participate in where the value addition is” he stated.

Members of the House took turns to ask relevant questions concerning the transaction, which were responded by the Minister and his team.

Some of them raised concerns about why the Ministry failed to engage them before taking the deal to Parliament despite being custodians of the land with vested interest in mineral royalties.

President of the House, Togbe Afede XIV, charged the Ministry to take a second look at the two seats reserved for the Minerals Income Investment Fund (MIIF) on the Board of Agyapa Mineral Royalty Company.

He argued that as the majority shareholder of the company, its representation on the Board should not be less than five out of the nine-member board.