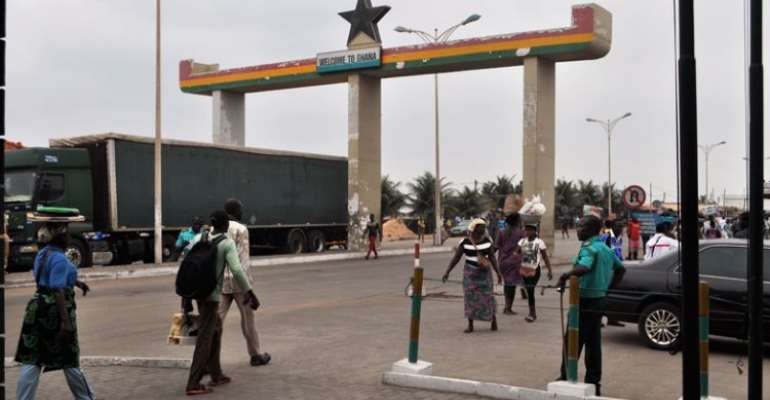 Some lesbians numbering about eleven are in the custody of the Aflao divisional Police command in the Ketu South Municipality of the Volta Region after a video of two of them emerged.

The lesbians are in police custody since Wednesday, September 23.

According to a source close to , the lesbians were apprehended after a video of two of them engaging in the act popped up.

The Paramount Chief of the Aflao Traditional Council, Torgbi Fiti (V) after watching the video invited the lady whose face showed in the video, the source revealed.

The lady, who bowed her head in shame during questioning at the Chief's palace was asked to name everybody who also engaged in same illegal act in the town.

The lady, whose name and age is yet to be known then mentioned the names of her colleague lesbians in the town. They were also invited to the chief's palace and later, all of them were handed over to the police.

Some of the ladies are reported to be on the run, having heard their names were mentioned.

However, when this portal visited the district police command for further information on the arrests, the station commander refused to talk, saying he doesn't speak for the police.

Some relatives of the arrested lesbians were at the police station at the time of 's visit to the station.