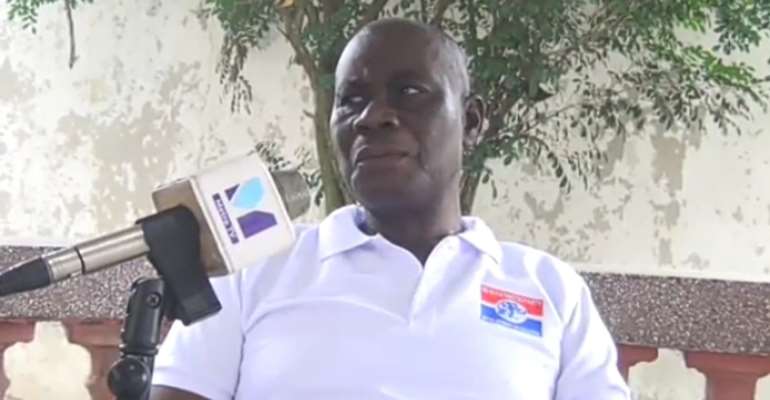 The Western Regional Chairman of Council of Elders of the governing New Patriotic Party (NPP), Anthony Evans Amoah, has described the party, as the most disciplined political force in the country.

According to him, the NPP tradition has been consistently managed with discipline as its cardinal principle.

"Many years of sustained development, unity and cohesion, obviously could not have been achieved on a silver platter," he underscored.

Explaining further, the former lawmaker and Minister of state noted that the attributes of unity, cohesion, and discipline, cumulatively contributed to the huge electoral successes of the NPP.

"The electoral fortunes cultivated over the years by the party since its formation in 1992 could never have been possible, that is why at any point in time, discipline will be at the heart of everything we do as a political party."

Speaking in an exclusive interview at his base in Mpohor in the Western Region, the NPP kingpin chronicled a number of achievements chalked by the party.

According to him, in the area of health, education, economy, social infrastructure, energy, agriculture, the record of the party was unparalleled.

These achievements, he said benefited the country and it was made possible because the most disciplined political organization had an opportunity to show true leadership in the history of the country.

"The New Patriotic Party (NPP) was formed in 1992 when the forth Republican constitution was ushered in, and Ghana returned to democratic governance.

"The party's tradition traces its roots to the Aborigines Rights Protection Society (ARPS) which was formed on 4th August 1897 to resist abuse of Ghanaians by British colonial masters.

"All these organizations formed at various stages of the country's political development, history and democratic journey gave birth to the NPP as a centre-right political movement which believes so much in capitalism, free-market economy and property-owning democracy. But, exactly what makes the party strong, and one of the oldest political traditions in the country," he emphasised.

Anthony Evan's Amoah, who was the Western Regional Minister during the administration of President John Agyekum Kufuor said quality and visionary leadership successively cultivated and backed by discipline nurtured internally.

The former Member of Parliament for Mpohor maintained that uncompromising discipline and unity makes the party an outstanding organization in the country.

In the case of his region, he said, the instrument of unity has been crystallized in the existing cohesion developed for present and future generations who will uphold the tradition.

In addition to managing the expectations of party followers, he explained that the level of honesty, sincerity and candour, constantly offered by leadership, contributes to the discipline in the party which has become the hallmark of the NPP.