Is The NPP Scheming To Replace Tarkwa-Nsuem MP With COCOBOD’s Fiifi Boafo? 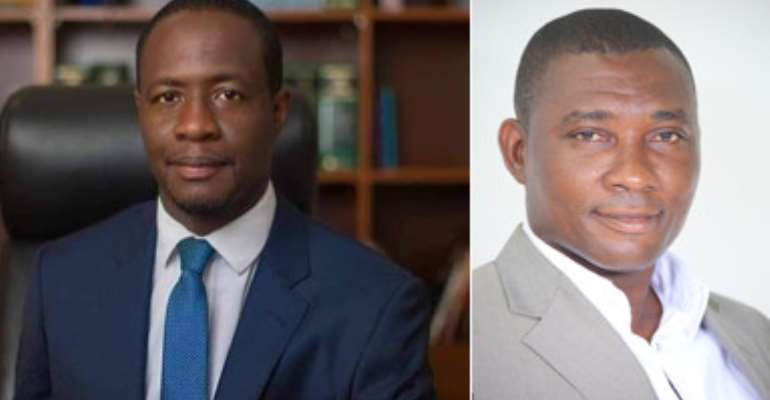 It appears the internal political bickering in the ruling New Patriotic Party Tarkwa in the Western Region is far from over.

Information emanating from the constituency is that the party’s reconciliation committee is scheming and bent on ensuring that the MP is replaced by the Public Affairs Manager of COCOBOD Fiifi Boafo.

The attack on Mr. Bissue occurred during a meeting by regional executives of the NPP at the Kingston Hotel in Takoradi.

It is believed that the party is clearly on the side of Charles Bissue and are seeking to sponsor Fiifi Boafo instead for the December 7th elections.

At a press conference held recently, the chiefs alleged that the MP is currently at loggerheads with the Dompem Traditional Council after he allegedly backed illegal Chief, Nana Ohyeawora Bianyowah to defile the rulings of the court to overthrow him.

The chiefs also alleged that the Hon. MP George Mireku Duker and The Hon MCE Benjamin Kessie were seen in a video arguing strongly and obstructing the police from performing their duty in one instance where the police attempted to evict the fake chief.

All these matters have contributed to the confusion that has hit the NPP Western Region particularly, Tarkwa.

Reliable sources suggested among others that he Tarkwa Nsuem MP has lost respect from the chiefs and traditional authorities and the NPP cannot risk losing that seat to the NDC.