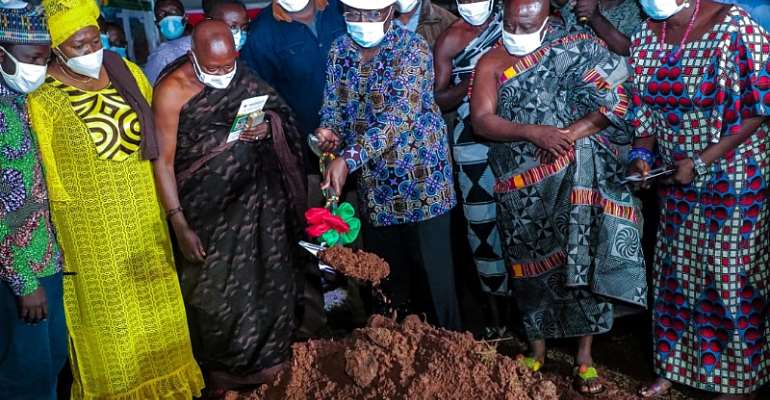 Vice President Dr. Mahamudu Bawumia has cut the sod for the construction and rehabilitation of Sunyani Town Roads.

At a colourful ceremony in Sunyani on Thursday September 24, 2020, the Vice President was joined by Chiefs and people of the Sunyani Traditional Council for the ceremony to herald the commencement of work.

The project will construct and rehabilitate a total of 29 kilometres of Sunyani towns roads, and it is part of major roads across the country being funded under the Sinohydro agreement the Akufo-Addo government signed with Sinohydro Corporation and the Chinese government.

Speaking at the ceremony, Vice President Bawumia said the construction and rehabilitation of the Sunyani inner-city roads is part of President Akufo-Addo’s vision of improving and expanding access to road networks in the country.

"The construction and rehabilitation of inner city roads; a total of 29 kilometres, is in line with President Akufo-Addo's vision of improving and expanding road networks in the country," Dr. Bawumia said.

"As you are aware, His Excellency the President has declared 2020 as the year of roads. Even though we have experienced some challenges due to the covid-19 challenges, our focus has been to deliver good quality roads to the good people of this country."

"In fact, there is road construction going on in every part of this country, and Sunyani, this time it is your turn.

These works when completed, will improve road access and improve traffic congestion throughout the city."

Dr. Bawumia highlighted the impact of the agreement on infrastructure development in the country, adding that the NDC tried everything they could to stop the agreement, which he stressed has been beneficial to Ghanaians.

"When we passed it (Sinohydro agreement) in Parliament, they even wrote to the International Monetary Fund to stop this agreement from taking place after they had said it was 419."

"Today, we are cutting the sod for the Sunyani inner city roads. And this is not the only project that we are dealing with under this agreement."

"If we had listened to the NDC, none of these roads would have taken place under the Synohydro agreement."

About eight major suburbs and a total of 26 communities under these suburbs in the Sunyani Municipality are to benefit from the Sunyani inner city roads. 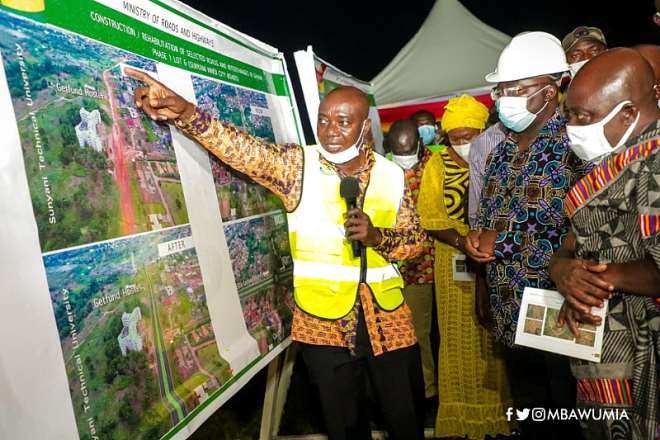