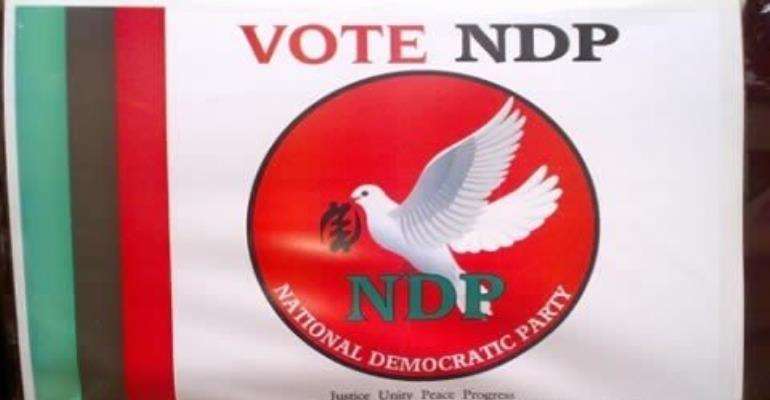 The General Secretary of the Party, Alhaji Mohammed Frimpong, hinted that the outdooring of the running mate will be followed by a seminar that will have the participation of the party's delegates from across the country.

“Tomorrow we will be outdooring our running mate to the flagbearer and that will also organise a seminar that our delegate will be attending from the region.”

He added that “As part of our strategies, we will have our select group of delegates comprising parliamentary candidates and communication officers converging at this venue. It will be a ceremony preceding the seminar.”

She was formerly a high ranking member of the National Democratic Congress before breaking away.

Mrs. Rawlings was acclaimed as flagbearer of the NDP at the Party's third National Delegates Conference in Accra where she received an overwhelming endorsement.

Nana Konadu Agyeman Rawlings charged members of the party to work hard to secure parliamentary seats for the party in the upcoming polls.

She added that the party’s target is to win 15 out of the 47 parliamentary seats in the Ashanti Region in the 2020 general elections.

In 2012, the Electoral Commission disqualified her and 11 other presidential candidates for failing to meet requirements before the September 30 deadline to file nomination documents.

She contested again in 2016 on the ticket of the NDP.

This makes it the second time she is running for the presidency as flagbearer of the party.