Is mainland China gearing up for an invasion of Taiwan? 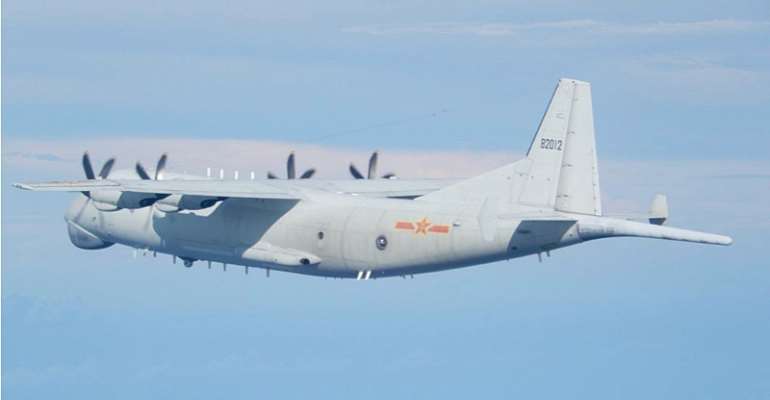 Increasingly hostile rhetoric from Beijing, and a growing number of incursions by the Chinese air force and navy into Taiwanese territory, point to China's determination to occupy the self-proclaimed island state. Will the US honour promises to Taipei and come to the rescue if push comes to shove?

Chinese military exercises "are rehearsals for taking over Taiwan,” said the Beijing-controlled Global Times newspaper in an editorial published on 18 September. “What is needed is a political reason that can turn them into a real battle to smash Taiwan independence forces.”

Over the following days, dozens of incursions ensued, obliging the Taiwanese air force to scramble jet fighters in response. As a result, Taiwan said China had "threatened regional peace and stability". And Taiwan elevated its air defence alert level.

The Chinese exercises lasted for two days. Incursions into Taiwanese territory took place mainly in the south-western corner of the island's Adiz with some planes approaching Taiwan as close as 166 kilometers, according to estimates of the Taiwanese Defense Ministry. Apart from the Yun-8 planes, single engine Chengdu J-10 jet fighters, and Sukhoi-30 fighter aircraft purchased from Russia, also took part in the exercises. Transgressions into Taiwan territory continued after the main exercises had been completed.

China's exercises seem to have been an impromptu reaction to the visit of US Under Secretary of State for Economic Growth, Energy, and the Environment, Keith Krach, the highest-ranking American official to make such visit in 40 years, on September 17.

That visit took place during an increasingly harsh war of words between Washington and Beijing, with US President Donald Trump accusing China of, at least, mismanaging the Covid-19 crisis. The two superpowers are locked in a vicious trade war; the US suspects China of human rights violations in Xinjiang, and there is a US-Chinese standoff over the South China Sea.

Staggering amounts of military hardware
In the annual report on “Military and Security Developments Involving the People's Republic of China 2020,” presented to Congress by US Secretary of Defense Mark Esper on 1 September, it is noted that China, with 350 ships and submarines, has the largest navy in the world, compared to the US with 293 vessels.

The report also mentions that China has “staggering amounts of new military hardware,” including over 1,250 ground-launched ballistic missiles, and “one of the world's largest forces of advanced long-range surface-to-air systems, including Russian-built S-300s and S-400s”.

Citing military incursions into Taiwan's air- and sea space in 2019, the report says that “the PLA continues to prepare for contingencies in the Taiwan Strait to deter, and if necessary, compel Taiwan to abandon moves toward independence. The PLA also is likely preparing for a contingency to unify Taiwan with the mainland by force, while simultaneously deterring, delaying, or denying any third-party intervention on Taiwan's behalf."

Smearing and slandering China
Wu Qian, the spokesperson for the Chinese Department of Defence, reacted to the US report in an angry speech on 13 September, saying that Washington was “wantonly distorting the relationship between the CCP and the military,” while “exaggerating the so-called 'Chinese military threat' making it another example of the US smearing and slandering of China and the Chinese military.”

The speech also reiterated that “Taiwan is an inalienable part of China," adding that “if anyone dares to try to separate Taiwan from China, the PLA will take all necessary measures to resolutely defeat attempts and actions that interfere in China's internal affairs.”

The question now is: will the US stand up to any eventual Chinese military aggression? In several policy documents based on the Taiwan Relations Act, Washington has promised to support Taipei and increase arms sales. But in the increasing chaos surrounding the US presidential election and the uncertain outcome of that poll, it is likely that Washington will have other priorities than what's happening in the East China Sea.