Widespread disappointment in Gambia after new constitution voted down 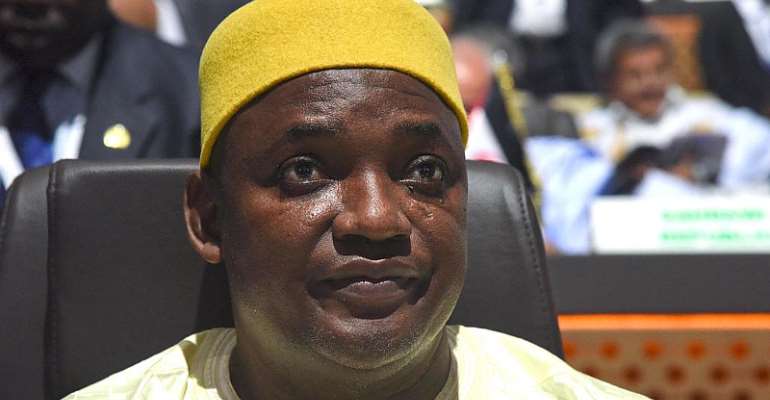 The bill to replace the Gambia's flawed 1997 constitution, which included presidential term limits and checks on presidential power was voted down this week in the National Assembly, in a move that united a number of political parties behind President Adama Barrow, who is looking to run for president in 2021.

“Barrow doesn't have any political party members in parliament because he's just setting up his political party now so it's not up and running,” says Sidi Sanneh, Gambian former senior minister and ambassador, referring to Barrow's new National People's Party(NPP).

Sanneh added that eight parliamentarians who were expelled from their opposition party voted against the bill, as well as MPs from the Alliance for Patriotic Reorientation and Construction (APRC), which is former president Yahya Jammeh's party.

The current constitution, usually called “Jammeh's Constitution”, was revised nearly 60 times of the course of Jammeh's 20-year rule. A new constitution would have distanced the country from Jammeh's tainted past.

After registering his new party in January, Barrow gave a clear sign that he plans to run for president again in 2021, although he indicated when he was elected that he would be a one-term president.

The constitution bill would have created a two term limit, with the president serving five years per term. A clause in the bill for a transitional president, such as Barrow, would have his current term counted as one term.

Gambians disappointment
Many Gambians hailed the new constitutional bill, which would also expand the role of women in government by introducing gender quotas.

“It was a very big disappointment that the constitution was voted down… almost 70 percent of Gambians supported it,” says Sanneh, adding that not only Gambians, but international partners are concerned.

“The transition was financed almost entirely by the European Union and other development partners who are not happy with this,” he adds.

“The impression I'm getting now is that the MPs didn't think seriously of the ramifications of voting this down,” says Sanneh.

The process to re-write the constitution by the Constitutional Review Commission (CRC) took two years. With elections slated for 4 December, 2021, there is not much time for the bill to be re-written, passed in the National Assembly, and then put a referendum put forth.

“I don't think that the Barrow government is going to maintain the 1997 constitution because the opposition to that document is very high-- they have to think about this thing very quickly… so at least they can bring it back to the National Assembly,” says Sanneh.