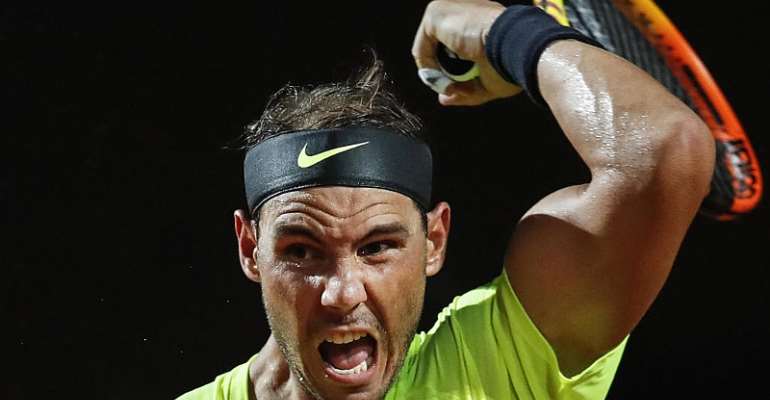 French Open supremo Guy Forget on Friday described a government order to allow only 1,000 spectators a day into the tournament as a tough blow.

"We've taken note of the government's decision," Forget told France Info. "We're ready, all the players are here but it's true it's a tough blow for the tournament."

The French Tennis Federation (FFT), which organises the French Open - nicknamed Roland Garros - had planned for 11,500 spectators a day in three hermetically sealed zones from 27 September.

That vision was in jeopardy from the moment on Thursday when the French prime minister Jean Castex placed a 1,000 spectator limit on sports events taking place in 'red zones' such as Paris where the number of coronavirus is rising.

Forget had tried to persuade government officials that fans could be safely accommodated within the 12-hectare Roland Garros stadium site on the western fringes of Paris.

Safety
"We stage the tournament on the equivalent of 15 football fields, outdoors. Everyone wears a mask, even the ball boys and girls and chair umpires," Forget said.

However the government stood its ground.
The last minute cut in attendance adds a logistical headache for the FFT which has to arrange a draw for each day of the tournament among the current ticket-holders.

Around 140,000 people will miss out on the chance to watch the action at the stadium. The chosen few will be contacted by email and the losers will have their tickets deactivated and be reimbursed.

"The FFT shares in the disappointment felt by those who are now not going to be able to enter the grounds, due to the capped number of spectators," said an FFT statement.

"The FFT would like to thank those fans for the support they have shown and their loyalty to Roland-Garros."

The 2020 French Open should have taken place at the end of May but it was postponed as the coronavirus pandemic took hold.

More than 500,000 people visited the Roland Garros stadium during the 2019 tournament which generated 255 million euros - 80% of the FFT's budget

When the planned limit was 11,500 spectators, Forget estimated that the tournament's proceeds would be halved.