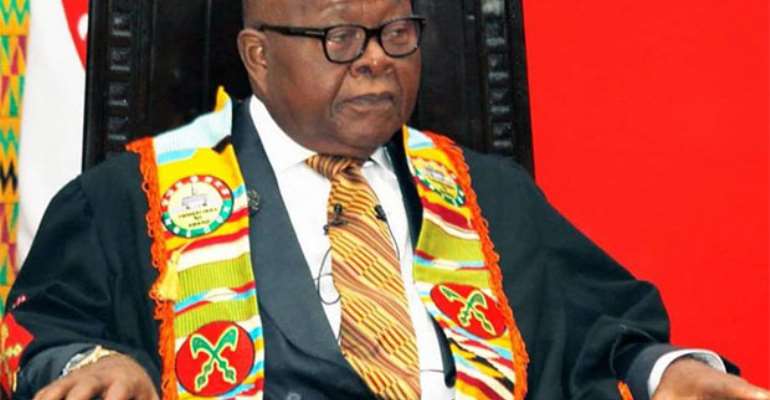 The Member of Parliament (MP) for Tamale Central, Inusah Fuseini has expressed his love for Speaker of the House Professor Mike Oquaye.

Mr. Fuseini, who has served under four speakers since 2006, explained that the current Speaker exhibits a high level of democracy by giving the opposition members equal chances to comment on initiatives during proceedings.

In an interview on 'Joy News', the MP noted that although Prof. Oquaye may sometimes disagree with the opinions of the Minority, he still makes room for the opposition members to share their views. This, according to him, propels the democracy of the country.

“It is not that he is not partisan; he was my professor and he taught me Political Science. And secondly, because Prof. Mike Oquaye is an academic, he appreciates intellectual contributions in the House so he helps advance the tendency of democracy during sittings,” Mr. Fuseini pointed out.

“Because you can be the holder of fantastic ideas, if you don't get called by the Speaker, you can't express your ideas. So if the Speaker gives some people (the opposition) the opportunity to express whatever views they have, irrespective of the fact that he might disagree with them, then that is good,” he added.

Mr. Fuseini is one of the long-serving parliamentarians in Ghana's legislative body.

He first won the Tamale Central seat in a by-election in 2006 and has since retained the seat. But the National Democratic Congress (NDC) politician has decided to resign from active politics; hence, he will not be contesting in the 2020 general election.

Speaking about his 14-year journey in the law-making institution of Ghana, Mr. Fuseini said he went to Parliament to serve the country and his constituents, adding that he had to make a lot of friends from both sides to ensure that good laws that favour his constituency and Ghanaians are passed.

“I have tried to get my colleagues on the other side and even on the Minority to appreciate and ensure that this country passes good laws, because we suffer the consequences of bad laws,” he indicated.

Mr. Fuseini says he is looking forward to his retirement as an MP.