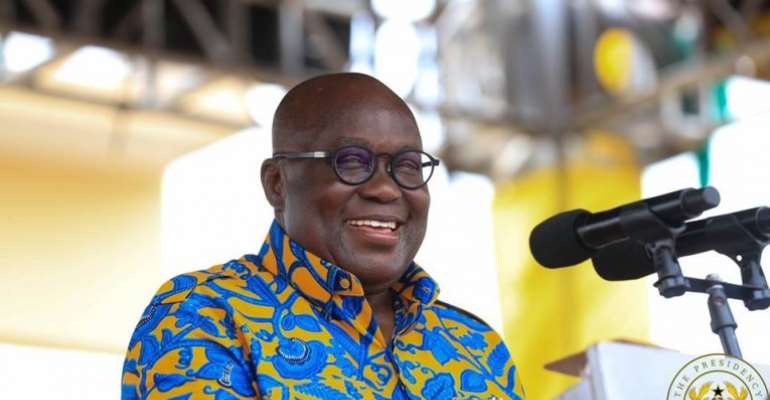 President Akufo-Addo has asked residents of the Western North Region to vote massively for him and the New Patriotic Party (NPP) for fulfilling the majority of the promises he made to them ahead of the 2016 elections.

Nana Akufo-Addo cited the creation of the Region and many other developmental projects in Western North as compelling reasons for residents to keep the party in power.

The President was speaking at a meeting with the Western North Regional House of Chiefs during his tour of the region.

“You voted for me in 2016 because you trusted and believed in me. I made a promise to you, which is the creation of a region for you. That has been done and it gives me the courage to stand in front of you again to ask for another four years.”

The Western North Region was one of the six new regions created under the Nana Akufo Addo administration.

The campaign for the creation of the Western North Region received the backing of both residents in the area and the major political parties, with senior figures from both the National Democratic Congress (NDC) and New Patriotic Party (NPP) uniting in support of the creation.

It received a 99.5 percent overwhelming endorsement from voters in the referendum.