Ken Agyapong Runs To CJ To Intervene Over His Contempt Charges 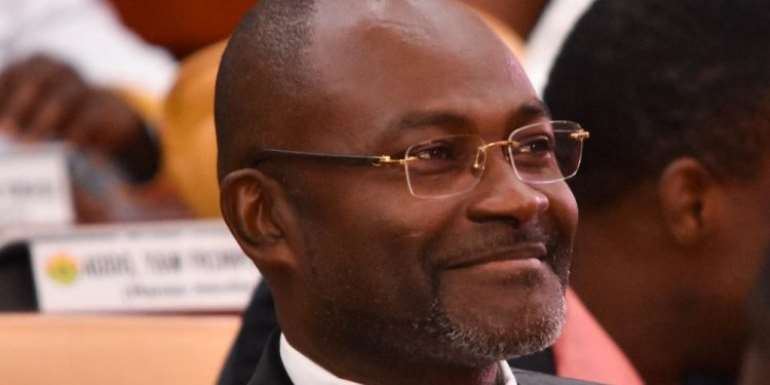 The Member of Parliament for Assin Central, Kennedy Agyapong is said to have petitioned Chief Justice Anin-Yeboah on the contempt case against him.

According to Citi News sources, Kennedy Agyapong is alleging that the court will be biased against him should Justice Amos Wuntah Wuni be allowed to proceed to hear the case.

Mr. Agyapong’s lawyers are also said to have filed for a stay of prosecution at the High Court pursuant to the processes initiated at the Supreme Court.

The High Court Judge is said to have insisted on prosecuting the legislator despite notice of these actions raising concern on the part of Mr. Agyapong’s lawyers for a fair trial.

Earlier on Friday, September 25, 2020, journalists covering the contempt proceedings against the Assin Central MP were denied access to the courtroom.

The Land division of the High Court is hearing legal arguments on whether it can proceed to hear the charge against the Member of Parliament despite processes filed by his lawyers at the Supreme Court for intervention.

Mr. Agyapong is in court for allegedly making a statement deemed contemptuous in the case in which Susan Bandoh and Christopher Akuetteh Kotei had sued him, one Ibrahim Jaja, Nana Yaw Duodu aka Sledge and the Inspector General of Police in a land dispute.

On a show aired on Net2 TV, the MP is said to have “scandalised and threatened” the court.