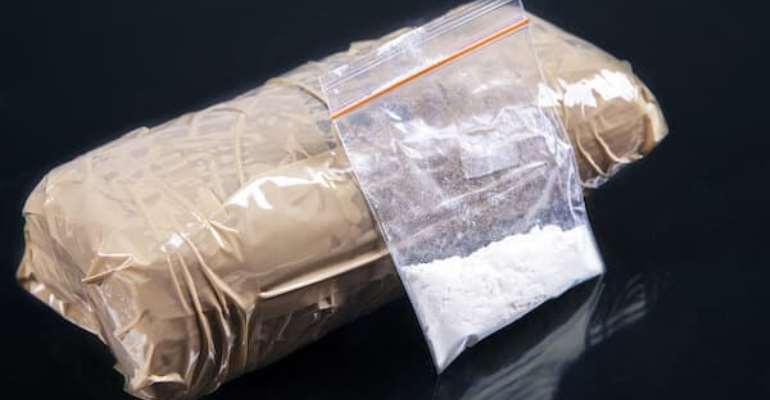 The New Crusading GUIDE’s independent investigations into the reported bust of cocaine with a street value of $10million at the Tema Port recently have revealed that the company at the centre of the controversy, Tradepass Company Limited could not have had any knowledge of the said narcotics in the ongoing saga.

Our sources at the Narcotic Control Commission told us that at the elementary stage of their investigation, Tradepass Company was clearly innocent in this matter since their company like any ordinary business was just a buyer of sugar Ex-warehouse and could not have known the narcotic content that was shipped to Ghana.

“Tradepass Company Ltd is already cooperating with us and the appropriate agencies in the ongoing investigation. So far Tradepass has no hand in this matter, all the evidence we have gathered points to one direction which I cannot disclose now for obvious security reasons,” said the Senior Nacortic Control Commission official. "We have taken possession of their passports and will continue with our investigations where necessary".

This paper gathered during our probe that sometime in June, 2020, the company, Tradepass, informed Sucden, a company based in the United Arab Emirates that it was interested in buying sugar. Sucden, which usually imports their goods in vessels or in containers, indicated it would import their(Tradepass) goods in containers this time round, for which agreement were reached between the two parties for the purchase of 300 containers of 20ft of whatever quantity Sucden imported.

Insiders at Narcotic Control Commission told this paper that, “It was agreed that the goods would be released to Tradepass Ex-warehouse in badges. Goods are released based on the amount paid to suppliers. Until then, the goods are at warehouses and controlled by Vallis, a collateral management company employed by Sucden. This was not different from their previous agreements.”

New Crusading GUIDE learnt that the goods were consigned to Sucden's clearing agent, Global Cargo Commodities, represented by one Jacob Gbati. Tradepass did not have any legal right to clear the goods by themselves. All documents were in the name of Global Cargo and Commodities and were to be received, cleared and warehoused by Global Cargo.

We are told the goods were even kept at the port for some days before they were sent to the warehouse of Sucden where NACOB officials shown up and said they wanted to investigate the content of the goods.

“They were to be released to Tradepass Ex-warehouse as and when they pay the duty. Tradepass had a maximum of one month to pay for all the goods they agreed to buy from Sucden through Global Cargo. When Tradepass pays for the goods, they are released to Ex-warehouse by Vallis, a collateral management company appointed by Sucden. Tradepass then releases from the warehouse of Sucden directly into the Ghanaian market. Officials of Vallis wonders why Tradepass is brought into the matter at all because they never warehouse nor come into physical contact with the goods. The goods are usually released to to their buyers who then load from the warehouses of Global Cargo. At no point does Tradepass come into physical contact with the said goods”, the Commission top investigator added.

Tradepass, according to experts in the Freight business, can never clear the goods directly by themselves or appoint clearing agent to do such because per the terms of the agreement, Tradepass possess no legal right to do such nor does it possess a legal documents to the goods such as: bill of lading to allow it to clear and possess the goods. Throughout their dealings with Sucden and Global Cargo.

Tradepass, this paper leant has never cleared the goods by itself nor appointed agents to clear the goods on their behalf and that goods are always released Ex-warehouse from Global Cargo. In this case, goods were to be released from Crown warehouse, owned by Global Cargo.

It will be recalled that, earlier this week news flew in thick and fast about how Cocaine was busted at the Tema Port.

Excerpts of the story read as follows:

According to the media the ‘coke’ was concealed as part of a consignment of 50 containers of sugar and was meant to be cleared at the Meridian Ports Services (MPS)-operated Terminal Three of the Tema Port.

That the seized cocaine was part of a consignment of three hundred containers of sugar being shipped from Brazil to a consignee in Ghana, 50 of which arrived earlier.

“On August 6, 2020, Mediterranean Shipping Company Ltd (MSC) vessel MV MSC Monterey departed Santos, Brazil, with a number of containers including the 50, with the shipper named as Usina Santa Isabel. Usina Santa Isabel has an address in Sao Paulo and was consigned to Trade Pass Ghana Ltd in Ghana.

“On September 13, 2020, the ship docked at the Terminal Three of the Tema Port and before the Global Cargo and Commodities Ltd, the freight forwarding company could commence the process for clearance, the NSC officials issued an alert that it has tagged a particular container and for that matter surveillance placed on the box,” the newspaper explained.

According to the report, the clearing agent, having gone through documentation, invited the two security bodies who then escorted the fifty containers from the MPS terminal to the designated warehouse.

Personnel of these security establishments supervised the discharge of the sugar from the various containers on September 11 and 12 until the one that was tagged – with container number MSCU6889036 and security seal FJ08881031 – was intercepted.

The operatives at this stage picked samples of six bags of the sugar for analysis after which some pellets suspected to be narcotics were found.

All this while, the security agencies had the full collaboration of the agent, Global Cargo and Commodities Ltd, to get to the source of the narcotics.

According to the report, after further probes, it came to light that the seller of the 300 20-foot containers of sugar is Sucden Middle East, Dubai, United Arab Emirates.

On the Bill of Lading number MEDUST209567, Global Cargo and Commodities Ltd was put in the position of ‘Notify Party’ who becomes responsible for the arrival of the vessel and inform the buyer so chosen by the seller.

The Consignee, in this case, is the entity with financial responsibility for the cargo that is the buyer.

It was gathered that, whilst the vessel was on her voyage to Tema, the seller informed the freight forwarding Company, Global Cargo and Commodities Ltd, of Tradepass Gh Ltd as the confirmed consignee, however, there was instruction for the goods to be kept at the warehouse till the green light is given for its release, presupposing the business contract has been sealed.

Tradepass Gh Ltd initially intended using their own freight forwarding company to clear the goods but due to some issues it had with the Customs warehousing code, the consignee decided to fall on Global Cargo and Commodities Ltd to clear the fifty containers of sugar.