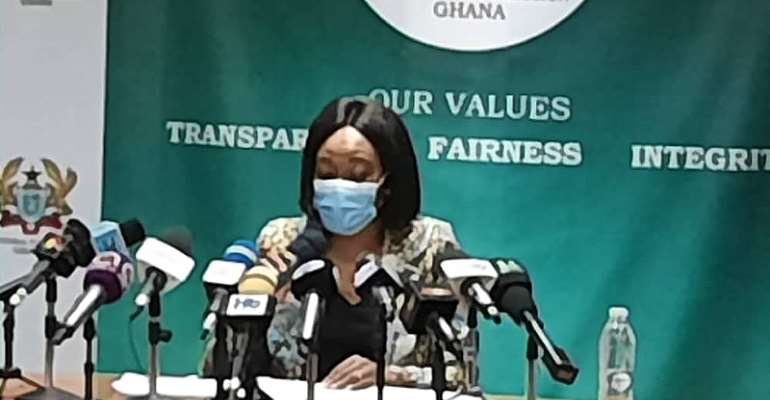 Elections are important in democracies all over the world. Democratic societies are properly marked based on the level of participation they allow their citizens. Election day activity is just one of a series of activities that are carried in a true democracy. A more solid democracy remains a system which allows for fair determination of rulers of a nation by its citizens. As a result, watchers of democracies the world over, emphasizes on free and fair elections which affords every citizen who is able and willing to participate in the democratic process, the right to do so.

Ghana, since the advent of its fourth republican democratic dispensation, conducted series of elections, each of which came with its unique challenges. However they came, they were surmounted, and Ghana won in the end.

In the spirit of entrenching our enviable record as a democratic state in Africa, and a beacon as such in this regard, the 2020 elections provide us with the opportunity to prove that we have indeed, grown in this experiment. In order to show that we have matured, we must consistently see improvements in our election processes, and the 2020 December general elections cannot prove otherwise.

The Electoral Commission, upon the ousting of Mrs Charlotte Osei and her other commissioners, saw the appointment of commissioners whose actions, words, and conduct, have left more questions than answers. From the onset, the Commission under its current commissioners, failed on countless occasions, to involve political parties who are key stakeholders, in their decision making processes. Indeed, the National Democratic Congress (NDC), has severally spoken publicly on how decisions by the Commission are imposed on them.

It is surprising that, in the same space, the New Patriotic Party (NPP), has never had a challenge with anything the current Electoral Commission does. It is also very interesting that, on a couple of occasions, the NPP General Secretary, has been the first to announce measures to be taken by the Electoral Commission. It is easy to recall, that, when the Commission failed to meet its initial date for the commencement of the 2020 registration exercise, the new date was first announced by the NPP General Secretary which was later confirmed by the Commission; and several other such instances abound.

Fast forward, every effort by the Commission today, proves that there is some other plan other than what we see. It is not healthy to predict chaos in an election that I personally have an interest in. I am a candidate for this upcoming election, seeking the mandate of the people of South Dayi in the Volta Region. Be that as it may, a wish I could best describe, the conduct of the Commission isn’t one that is aimed at building confidence.

We have less than three months into the 2020 elections. And if at this material moment, confidence in the electoral system has not been fully and strongly established, then we must, as a nation, be worried. Political parties are key to establishing such confidence and credibility. The failed efforts by the Commission not to involve the NDC in their key credibility building efforts makes mockery of everything they aim at.

It is overly simplistic to attempt to dismiss the weighty issues that are raised by the NDC anytime the need arises. Today, the Electoral Commission is on an exhibition exercise of its voter's register.

We all can remember clearly, how the need for this new register was supposed to be a solution to all the “errors” so espoused on the old register. In this register, we were to have a perfect system that we least would expect could mix the photos of electorates on their ID cards in the system the EC has built. In this new register, we were not expected to wake up to names missing from the roll mysteriously.

The unfortunate reality is that, the very system in the process of this election which we are spending over a billion on as a nation, is proven not superior. Today, reports have indicated that names of people are missing on the voter roll, people have their pictures mixed up, among other things. Key of the errors detected include the printing of same ID numbers on different cards produced from different machines from over 100 districts.

The EC, having realized these errors, ignored the political actors, at least, that of the NDC is established that the party was not consulted nor informed, and proceeded to formulate their own antidotes in an attempt to correct these huge errors. But for a video leaked on social media, this action would have gone unnoticed. The video footage reveals how the Electoral Commission was secretly supervising the reprinting and lamination of voter ID cards in a location without any political party representation.

The entire registration exercise was carried out with the presence of political party agents. If, in the process of finalizing the register, the Commission detects these errors, what was the best approach? Was it to hide it from the public and go into printing new ID cards to replace those duplicated ones? Was it not just proper, if the process was well-intended, to inform political parties of the challenge, the proposed solutions and when and where these would be corrected?

In any case, between the EC and the political parties, who knows the people more directly? As it stands, the closest the EC gets is to place a ballot box at a polling station without any form of engagement apart from public announcements. On the other hand, political parties operate into the branches and indeed have branch executives who spearhead their affairs at the branch level. The branches of these political parties are able to identify individuals in electoral areas. And these are the institutions that are best placed to identify individuals who are affected at polling stations for the EC to correct. Unfortunately, here again, the Commission ignores political counsel.

It was surprising to read a release by the Commission to the effect that the video footage which exposed their secret acts, was to be dismissed as it was false. In that same statement, the Commission admits that it was merely replacing voter ID cards that came with duplicate ID numbers. How can the same video evidence be false and true at the same time?

In addition, the rather bizarre incident at Ashaiman cannot go without comment. My colleague in Parliament for the good people of Ashaiman, Hon. Ernest Norgbey, was hurriedly presented as peddling untruth when he told the media on Friday 18th September, the first day of the exhibition exercise that his name was not on the register.

The Commission was completely unprofessional and acted in bad faith on that day and in that statement which it issued on Saturday subsequent to the complaints by my colleague Norgbey. On the first day of exhibition, Hon. Norgbey visited his polling station to check his name. His name was missing from that register. Indeed, he was supervised by the officials of the EC in charge of the exercise, to enter his details on the exclusion list. This would not have been done if the honourable MP’s name was printed on the electoral register.

The EC, taking notice of the challenges, sent a communique to its officials and directed them to pick a new register from their offices by close of the second day of exhibition. That second register contains the name of the Hon. Norgbey. The Commission conveniently, relied on that second evidence, to dismiss the error it created in the first register. This was unfair to the MP, and I believe the Commission should have used the opportunity to clarify the errors that it encountered and carried everyone along.

In any case, the situation that was recorded in Ashaiman is not peculiar to that constituency. In South Dayi for instance, we experienced variations on the register. For instance, the E.P. J.H.S. KPEVE NEW TOWN registration centre with Polling Station ID number D141401 and a total of 737 dropped to 675, a reduction of 62 registered voters whose names did not appear on the register. Thirty-five (35) of sixty-eight (68) registration centres in South Dayi, recorded one variation on the other consisting of either addition or omission. As a matter of fact, out of total registered voters of 30,553, 30,517 is contained on the register that was exhibited leaving a shortfall of registered voters who are missing on the constituency’s voters’ register.

The last issue I would want to have a take on has to do with the absence of the Biometric Verification Device (BVD) at many polling stations across the country. Indeed, my checks have shown that, in many areas, the EC deployed very few devices on the 3rd day of verification with the pretext that they do not have enough of the BVD machines. Here again, South Dayi has 68 polling stations. However, only 10 of these polling stations have been furnished with Biometric Verification Devices for the purposes of verifying registered voters. The questions that come to mind are that: